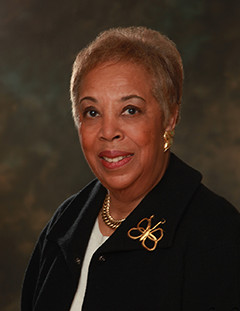 Dr. Judith Davenport was appointed to the CPB Board of Directors by President Barack Obama and confirmed by the Senate in September 2014.

Dr. Davenport co-founded the Sheridan Broadcasting Corporation with her husband, Ronald Davenport, Sr., and serves on its Board of Directors.

A practicing dentist for more than two decades before retiring in 2000, she appeared in the children's book Going to the Dentist, written by the late children's TV show host Fred Rogers as part of his Mister Rogers' First Experiences series. She was also a featured dentist in a video by Detroit's African American Museum and in another titled “Women in Dentistry,” produced by the University of Michigan School of Dentistry.

Dr. Davenport serves on a number of boards of directors, including: the Heinz Endowments, Carnegie Museums of Pittsburgh, and the Visiting Committee of the Harvard Art Museums. Previously, she served as Chair of the Board of Trustees of Carlow University. In addition, she served as a member of the board of directors of The Alvin Ailey Dance Theater Foundation, the Andy Warhol Museum, Martha's Vineyard Hospital, and the Washington Regional Selection Panel for the President's Commission for White House Fellowships.

She and her husband have three grown children.