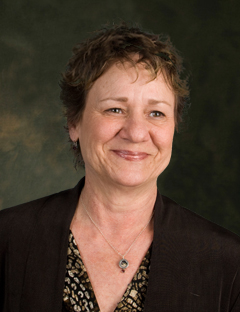 Patricia Cahill was reappointed to the CPB Board of Directors by President Barack Obama and confirmed by the Senate in May 2015. She was appointed for her first term in 2009. She previously served as board chair from 2012 to 2014. She was elected vice chair in October 2018, a position she also held from 2011 to 2012.

Ms. Cahill has worked in public radio for more than 40 years. In 2012, she retired as general manager of KCUR-FM, the public radio station at the University of Missouri-Kansas City.

Prior to her 25 years of service at KCUR, Ms. Cahill worked as a reporter, producer, program director, news director, and general manager of KMUW-FM at Wichita State University, where she was also an instructor in speech communications and journalism.

Ms. Cahill has served on the board of directors for NPR and as the chair of the Distribution/Interconnection Committee, the Membership Committee, and the Development Committee. She was also the president of Public Radio in Mid America, a public radio membership organization, and vice president of Kansas Public Radio Association.

Outside public media, Ms. Cahill is the vice president of the American Association of University Women, Kansas City and serves on the board of directors of the Missouri Women’s Leadership Council. She also donates time each week as a reader for the Kansas Audio/Reader Network, an information service for blind and print-disabled individuals.

Ms. Cahill earned a B.A. and M.A. from the University of Kansas.