Merging into the Future

Coming very soon: A long-awaited playbook for those public media stations interested in acquiring or merging with a local digital news site in their region.

For interested pubcasters, these pairings can jumpstart not only their local news chops but also their digital know-how and spark a new product mindset. For local news sites bootstrapping journalism in geographic news deserts, linking up with a public broadcaster can give their digital content a much-needed megaphone and put them on a firmer footpath to sustainability ­– not to mention giving them a secure repository for their archives.

“This is a promising model,” said Elizabeth Hansen, lead researcher for the Public Media Mergers Project, noting that under the right conditions (to be outlined in her report) public broadcasters “will thrive.” 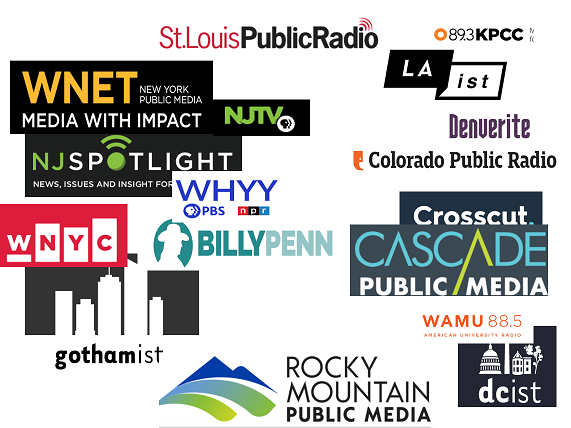 Already, nine public media stations have acquired or merged with a local digital news site since 2013. They are the focus of the mergers project, which is being funded by the Public Media Venture Group and the Google News Initiative. Hansen, a research fellow at The Shorenstein Center on Media, Politics, and Public Policy at the Harvard Kennedy School, is working with research associate Emily Roseman.

To be sure, other public broadcasters have engaged in more of a dating relationship with a local news site, often sharing content rather than opting for a permanent hitching.

Hansen is hoping to release white-paper findings next month and a field guide in November, detailing how to do these deals. She outlined some of her takeaways at an August 11 PMDMC webinar. Aspirations for the future include finding candidates to replicate another three or four such mergers or acquisitions. I particularly anticipate one feature she described in a follow-up interview: the accompanying release of a map, overlaying LION (Local Independent Online News) members and INN (Institute for Nonprofit News) members with public broadcast licensees, which may highlight future opportunities.

Hansen is looking at different degrees of alliances, from full integration to a “structural separation,” marked by strong brand differentiation and separate membership and sponsorship efforts.  The research is analyzing different flavors of content, from investigative reporting to arts and culture coverage. It is collecting audience metrics, including website visitors and newsletter subscriptions.

Conjoining operations can be daunting. Often there are different editorial cultures, with public broadcasters somewhat risk-averse and focusing on production values, and digital news site founders being scrappier and used to shaping product and having P&L responsibility. Some digital news sites are nonprofit and others are commercial, entailing challenges in transferring ownership and assets. While public broadcasters can share major giving know-how, digital sites can give stations access to commercial revenue.

Still evolving is how the Corporation for Public Broadcasting might look at revenue from these acquisitions.

Well-executed alliances, with the right leadership and investment of resources, “can be a catalyst for station transformation,” Hansen said, presenting pubcasters with “a different way of thinking about audience and thinking about service.”

More than worth a try, it seems to me.