Nine public broadcasters have acquired or merged with an independent digital news site since 2013.  This is despite the fact that there are some 1,500 public radio and television stations in the U.S. and some 500 (and likely more) digital news sites if you count LION and INN members and others.

That number is also despite the fact that, by all accounts, these deals make a lot of sense – both for the pubcasters and the online news sites, and, yes, even their audiences.

Last week, a new playbook was released to help stations assess whether a possible partner is a good fit and guide a process that can actually take two years or more, as those who have done it will attest. 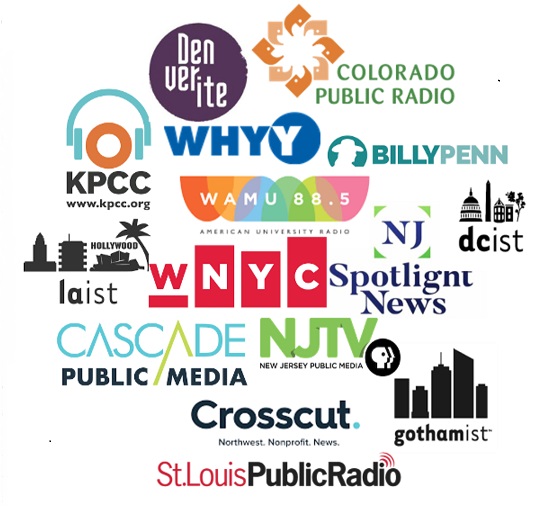 The Public Media Mergers Project at Harvard’s Shorenstein Center on Media, Politics and Public Policy crunched reams of audience, online and financial data and convened station leaders who have navigated these mergers to come up with its recommendations.

There were some notable declarations in the report, particularly about public broadcasting’s culture, that should serve as wake-up calls. More on this in a minute.

The bottom line, though, is that these affiliations can be “messy,” “stressful” and “chaotic,” according to the report’s authors Elizabeth Hansen and Emily Roseman.  But while these mergers are “not a panacea,” they are worth considering for a lot of reasons.

“Our research found that these kinds of mergers considerably raise the capacity of public media to produce high-quality local journalism,” Hansen said in an email.  “We also found that public media stations are providing a sustainability safe haven and path to scale for small digital newsrooms that are ready to reach beyond their core platform and audience.“

For public broadcasters, a merger with a local independent news site, among other things, can:

For the independent digital sites, such mergers can:

John Mooney, a founder of NJSpotlight and now executive director of NJSpotlight News at NJTV, believes these mergers can chart a more promising future for many small digital newsrooms: “I think public media could be the scaffold for a lot of local and state news operations. They bring so much. And they bring stability ­­– that is the biggest thing. For 10 years, we were not stable. We were a start-up. Now we are not a start-up anymore. And that is a big deal.”

Some of the most serious stumbling blocks in any alliance, be it a merger or acquisition, involve clashes of different cultures, which can produce significant fault lines.

The report points out that pubcasters are “risk-averse” and “conservative.” And, even though many stations have added newspaper journalists to their newsrooms, public radio and television news producers are craft-focused and production-driven, with strong emphasis on a story’s narrative arc and the accompanying sound.

Digital news sites work in a faster-paced print environment where the focus is on facts and analysis. Speed and urgency inform their “get-it-up and get-it-out” metabolism. And their founders, like many media entrepreneurs, have had to shoulder multiple responsibilities dealing with editorial, financial and tech issues – all considerations that are generally more siloed at public broadcasting stations.

“Public media newsrooms tend to produce less and more slowly than independent digital newsrooms,” the report said, noting that radio reporters may need to be encouraged to work more quickly on stories that work well on the web.

Branding of the individual partners is a recurring issue. When  NJSpotlight merged with NJTV News in 2018, for instance, the partners agreed it would not give up its brand or its website for three years after the merger.

About those notable declarations. Several of the report’s findings, clearly informed by the cohort of leaders involved in the research, are worth considering. Among them:

To be sure, the project collected a lot of proprietary data. And while the playbook offers tremendous guidance, there is, in my view, more work to be done.

The report urges prospective partners to set aside sufficient resources to support these marriages.  There is much to consider: Legal documents have to be drafted, staffs need to be aligned, benefits and performance reviews have to be choreographed, grants may need to be transferred, ownership of intellectual property (particularly with university-owned partners) needs to be addressed, software has to sync up, and you even have to figure out who gets an employee credit card. Hansen, however, said each set of partners brings so many variables that she didn't want to recommend an amount to set aside.

Also, despite some analysis of the quantity and quality of editorial coverage, the report does not document whether any of the mergers led to either an increased story count or increased airtime for local news that would benefit the audience.  In part, finding venues for more local news in public radio broadcast schedules is limited by the available blocks of time in national programming.

“We didn’t hear evidence of more air time for local news in our interviews, and we didn’t track it in our content analysis,” Hansen said “Our content analysis was focused solely on digital publishing on the station site and on the digital site (where those were different.)”

If on-air content didn’t tick up, maybe the culture of journalism did. Shula Neuman, executive editor at St. Louis Public Radio, said in the report that her station’s 2013 merger with the St. Louis Beacon led to fundamental changes in how the radio station’s reporters work and think about themselves.  “We’re a better newsroom than we were before.”