As open impeachment hearings gear up to be televised this week, a growing chorus of congressional investigators, legal experts and even journalists are saying “enough with the Latin.”

Ditch using “quid pro quo.” Instead, they say we should be characterizing President Trump’s conduct being investigated in the impeachment query as, quite simply, “bribery” or “extortion.”

“ ‘Quid pro quo’ is a namby-pamby, wishy-washy way to describe the crime President Trump clearly committed in his dealings with Ukraine. The correct term is bribery …” declared Washington Post columnist Eugene Robinson in a Nov. 7 column.

“Why obscure the ‘but does it rise to the level of impeachment’ question with a pure Latin legal term? Stop saying ‘quid pro quo’ and start saying ‘EXTORTION,’ ” tweeted WNYC‘s “On the Media” host Bob Garfield on Monday.

Why obscure the “but does it rise to the level of impeachment “ question with a pure Latin legal term?
Stop saying “quid pro quo” and start saying “EXTORTION.”

The change in rhetoric has grown most pronounced in recent days. Jon Allsop, writing Friday in Columbia Journalism Review, asked,

“Is ‘quid pro quo’ adequate to describe Trump’s apparent misconduct in the Ukraine case? A president threatening to withhold military aid to a country unless it offers dirt on a domestic political rival, as Trump did, is not merely trading favors. This week, more people have pointed that out.” 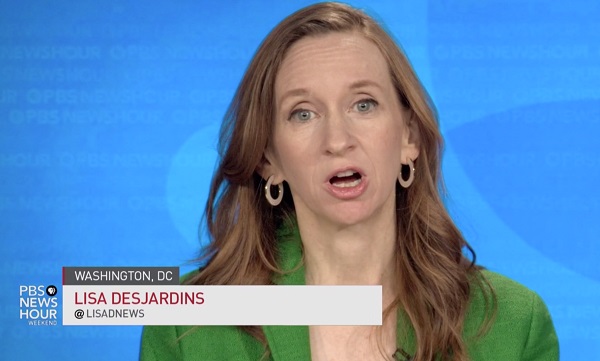 In a preview of this week’s impeachment hearings on PBS NewsHour Weekend, reporter Lisa Desjardins said the first three scheduled witnesses are “three of the strongest witnesses Democrats feel for their case that the president or his staff or both were trying to extort Ukraine, essentially, to force them to get investigations in exchange for millions of dollars that Ukraine needed. So we're going to hear a lot about that from Democrats with all of these witnesses. But in the meantime, Republicans are still getting together on exactly the points they want to push the most. The messaging has changed again and again.”

At the left-leaning MSNBC, “The Beat” host Ari Melber liberally calls the administration’s conduct a “bribery plot,” in referring to the July 25 telephone call in which Trump asked Ukrainian President Volodymyr Zelensky for  “a favor.” Specifically, Trump asked Zelensky to look into whether Ukraine interfered with the 2016 elections and to investigate his political rival, former Vice President Joe Biden and his son Hunter. On the line were nearly $400 million in military aid and a Zelensky visit to the White House.

In an October 20 opinion column in The Washington Post, Melber, himself a lawyer, wrote: “Democrats haven’t settled on a core legal rationale for impeachment, which is striking, considering the Constitution’s answer is staring them in the face. Trump’s statements and actions with regard to Ukraine appear to fit one of the few offenses the Constitution specifically lists as impeachable: Bribery.”

“Along with treason, it’s the only impeachable offense expressly listed in Article II, Section 4 before the catchall category, “high Crimes and Misdemeanors.”

GOP defenders say President Trump received nothing of value in exchange for his requests, and he was just playing standard diplomatic hardball.

In lockstep, many Democratic members of Congress this week more forcefully dropped the “quid pro quo” language. Rep. Jim Himes (D-Connecticut.), an Intelligence Committee member, was quoted in The Hill on Tuesday as saying, “When you are trying to persuade the American people of something really pretty simple, which is that the president acted criminally and extorted in the way a mob boss would extort somebody, a vulnerable foreign country, it’s probably best not to use Latin words to explain it.” Himes’s comments were first made on Sunday on NBC’s “Meet the Press.”

In that same article, Laurence Tribe, professor of constitutional law at Harvard University and a frequent Trump critic, said it was a tactical mistake for Democrats to continue to refer to a quid pro quo.

“It’s easier for the public to understand English-language concepts like ‘bribery’ and ‘extortion’ than it is for most people to plumb the meaning of the Latin phrase ‘quid pro quo,’ and public comprehension is essential to the proper use of the impeachment power.”

Perhaps the most useful tidbit of explanation came in a Tribe tweet:

“Bribery & Extortion are 2 sides of the same impeachable coin,” he said. “Trump was: (1) EXTORTING Ukraine: “No defense aid unless you smear Biden & clear Putin re 2016”  AND (2) soliciting a BRIBE from Ukraine: “If you help me win 2020, I’ll help you defend your country against Russia,” he said.

Bribery & Extortion are 2 sides of the same impeachable coin. Trump was:

(1) EXTORTING Ukraine: “No defense aid unless you smear Biden & clear Putin re 2016”

(2) soliciting a BRIBE from Ukraine: “If you help me win 2020, I’ll help you defend your country against Russia.”

From my viewpoint, I’d rather see more public education around what the Constitution prescribes and how the conduct at issue fits its definition of an as impeachable offense rather than a recitation of political talking points.  But, then, journalists should be able to walk and chew gum at the same time.