When Bias Plays to Different Ears

Fairly frequently, I get emails complaining of biased programming or reporting on PBS and NPR. Usually the viewer or listener objects to what they see as a liberal bent to a show.

Sometimes the complaints are general, and I ask for more details to see if I can figure out what is upsetting the writers. Often, I’m flummoxed; I don’t get it. I hear a fairly neutral, balanced report.

Other times, viewers and listeners complain that the there are not enough conservative guests being interviewed. Or they complain that the questions that a journalist poses are hostile to President Trump and show a clear bias against him.

Research has shown that bias is in the eyes of the beholder: Republicans believe that 77% of the news on TV, in the newspapers and in radio is biased, compared with 44% of Democrats. PBS NewsHour generally gets high marks for being the least biased.

But in reviewing a complaint about the August 25 edition of the NewsHour, I did get it. I thought the questioning crossed the line from being inquiring to being argumentative.

“I'm a lifelong (67 year old) PBS viewer who you will lose if you let interviews like the badgering of Ken Cuccinelli that took place on tonight's NewsHour,” wrote Georgia viewer William Moore. 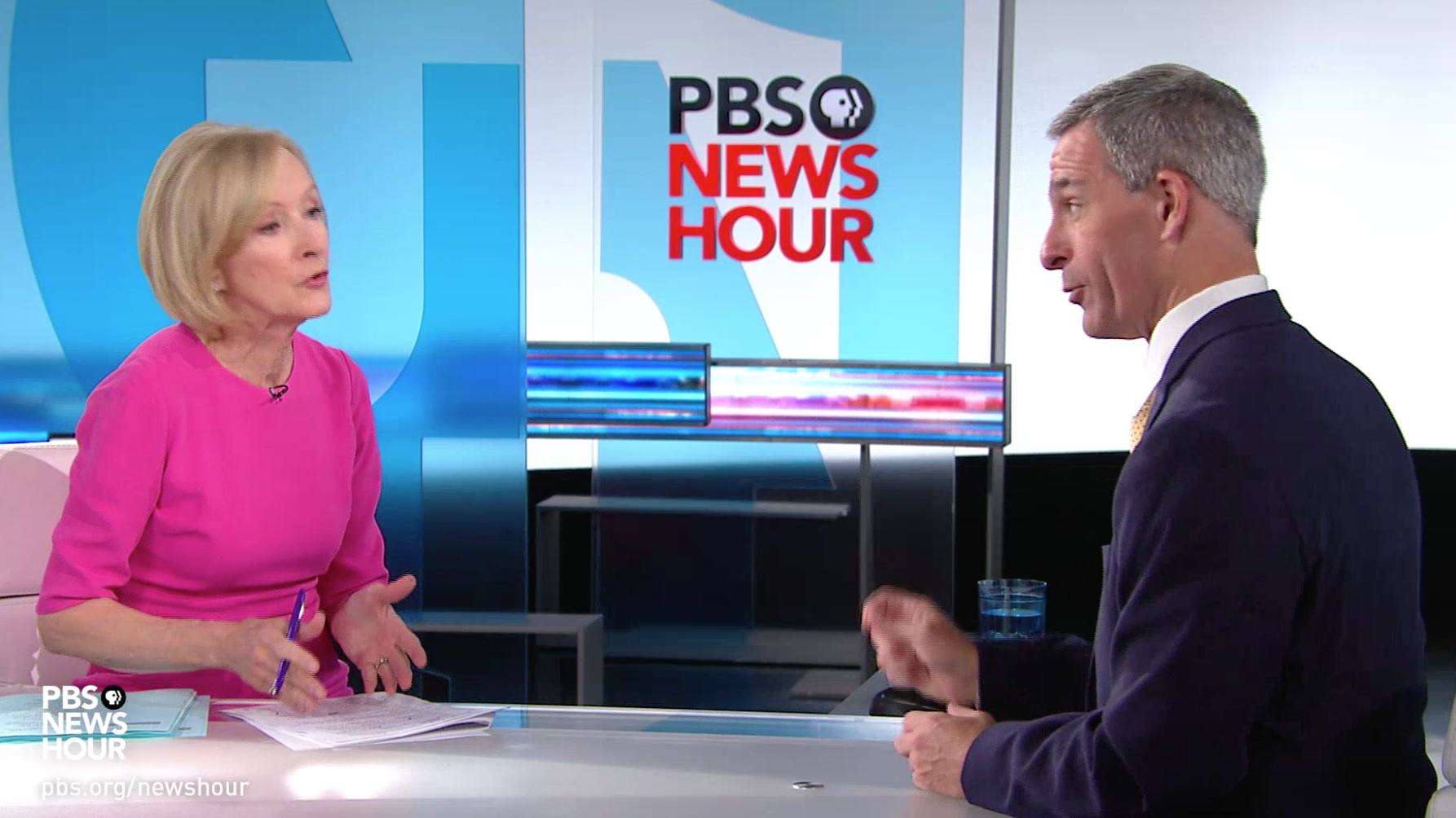 Anchor Judy Woodruff was interviewing Ken Cuccinelli, the acting director of the U.S. Citizenship and Immigration Services, about new shifts in immigration policy that Woodruff said had “sparked outrage and confusion.” To be sure, Cuccinelli has been characterized as an immigration hard-liner.

For nearly 11 minutes Woodruff pressed him on three policy changes that will:
•    Limit the extension of automatic citizenship to children born abroad to some U.S. military or government workers.
•    Enforce what Cuccinelli said was the law, instead of granting blanket deferrals to foreign nationals accessing U.S. medical care for serious illness. (This new rule was recently partly reversed.)
•    Deny entry or green cards to immigrants who will need to rely on public benefits, such as food stamps or Medicaid.

The media has framed these changes as altering U.S. immigration policy to keep out sick or poor people or people who deserve automatic citizenship. The NewsHour’s episode was titled “Closing Doors.”

“Bottom line is that it makes it somewhat more difficult to become a citizen,” Woodruff said of the new protocols for some children born to government workers outside the U.S.

“No, no it doesn’t,” Cuccinelli said.

“So you’re saying this has all been a fuss over nothing?” asked an incredulous Woodruff.

“It’s almost nothing,” Cuccinelli said, claiming that it affects about 20 to 25 people a year, who will now have to complete additional paperwork. He was not asked how onerous or expensive that paperwork would be or how easily such citizenship would be granted.

On the medical deferred actions. Woodruff asked, “So what’s the reason for squeezing people” who are trying to get medical treatment for themselves or their children?

It doesn’t apply to anyone who is in the U.S. legally, Cuccinelli said, adding that foreign nationals can seek a B visa if they wish to come to the U.S. for medical treatment. He wasn’t asked how likely it would be for such visas to be issued.

How does denying a green card to people who might need the support of public benefits  “comport with American’s long history of welcoming … ‘huddled masses yearning to be free’?” asked Woodruff, quoting from Emma Lazarus’ poem “The New Colossus,” famous as an inscription on the Statue of Liberty.

For some 140 years, Cuccinelli asserted, the U.S. has required people coming to this country to be self-sufficient.

“But the point of it appears to be to squeeze the definition of who can be an American,” Woodruff countered. “You’re clearly trying to make it hard to be an American citizen.”

“We have always expected people to stand on their own feet,” Cuccinelli replied.  “We are not the welfare provider of the world.”

“Are you saying the ideal portrait of who is American is different from what it once was?” Woodruff asked.

“No,” Cuccinelli said. ”We have a requirement that people who are welcome here are required to be self-sufficient.”

“I am sure you know that many people see that differently,” Woodruff said in closing.

There is no doubt that policy changes under the current administration are more restrictive for people wanting to come to the U.S., and that the consequences of these policies are complicated and difficult for viewers and journalists to parse.

A few times Cuccinelli disagreed with Woodruff’s characterizations of the policy changes or asked her to “let me finish” his explanation before he was interrupted. He also pronounced several questions to be excellent and proceeded to answer in some detail.

Viewer feedback on the program came from both political perspectives, “including conservatives who felt the conversation was too tough, and liberals who felt Judy went too easy on him,” said NewsHour executive producer Sara Just. “In today’s climate, having criticism from both sides of the aisle is quite common and an encouraging sign that we are playing it straight.”

Said Woodruff, “My posture going into all interviews with elected or appointed public officials is to take the point of view of ordinary American citizens and, if necessary, to play devil’s advocate, in order to elicit a fuller explanation for a particular policy decision.

“In this instance, the citizenship and immigration policy changes announced by the administration were controversial, and it was appropriate for us to press them for explanations,” she said.

I learned some new information from the segment. But there was no probing about whether some of the changes will really be as simple as Cuccinelli suggests or whether ICE or his department will be implementing them. There was little insight into whether the laws that Cuccinelli invoked are being interpreted correctly.

I think I would have learned more if the segment had been more of an informational rather an adversarial exercise.

And it might behoove journalists to understand that the Statue of Liberty was originally intended not to celebrate immigrants, but to commemorate the Declaration of Independence. Lazarus’ oft-quoted poem, which she wrote in 1883 to help raise funds for the monument, wasn’t inscribed inside the base until 1903, 17 years after the Statute of Liberty was opened.