How does a statewide public radio network that is just taking baby steps into podcasting end up being named a finalist for an Ellie, one of the most prestigious awards in national magazine publishing?

Indeed, Oregon Public Broadcasting earlier this month joined WNYC and WNYC Studios in being the first three public media outlets ever to be named Ellie finalists by the American Society of Magazine Editors (ASME).  They were among 114 nominees, including such traditional, long-form journalism competitors as The New York Times Magazine, Smithsonian magazine, and Vanity Fair. Winners will be honored March 14.

“The introduction of the Podcasting category was certainly a factor,” he said; the category was new for 2018. As important were the partnerships: All three finalists worked with other collaborators and other media outlets that spearheaded the entries. 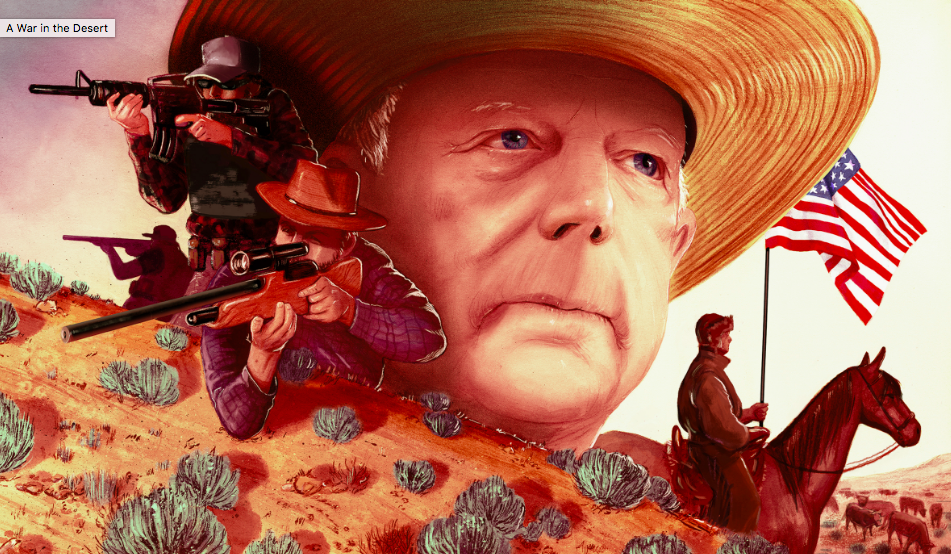 OPB was honored along with freelancer Leah Sottile and Longreads for three episodes of Bundyville, a seven-part podcast and four-part narrative series about Cliven Bundy and sons, who engaged in two armed standoffs and court battles against the federal government. The journalism delved into their conflicting portrayals as either domestic terrorists or patriots fighting government overreach on ranch lands.

The New Yorker and WYNC Studios, which produces and distributes podcasts, were honored for two episodes of The New Yorker Radio Hour, "The Long-Distance Con," Parts 1 and 2, which chronicled how a retired executive was scammed of all his wealth with promises of accessing riches hidden in jungles and caves in the Philippines.

WNYC, however, was not nominated for a podcast. Instead it was a finalist in the Digital Innovation category. Honored was “The Waiting Game,” an interactive exercise developed with ProPublica and Playmatics that invited users to participate in the arduous journeys of five asylum seekers.

The five stories, based on real case files, represent the five criteria for refugee status defined under the 1951 UN Refugee Convention. They require member states not to deport people fleeing persecution based on “race, religion, nationality, membership of a particular social group, or political opinion,” according to the game.

“How long can you last before you give up?” the game asks.

In all three cases, the partners made overtures to the pubcasters. “Longreads was really interested in getting into audio, but they didn’t have the resources or expertise to get into it,” said OPB News Director Anna Griffin.

Sottile wanted to get a complicated and long-running story in front of more people, but thought she’d just have to trim down her print stories “and – boom – we’d have radio,” she said in describing how the podcast came together.

It took considerable fine-tuning by Robbie Carver and Peter Frick-Wright, the podcast producers OPB hired to refine the script and score original music.

“In a radio story, every line has to be beautifully and simply written and lead the listener along through the story,” Sottile wrote.  “You want detail, but not too much detail. Every episode is a ticking clock, and every word takes time off that clock.” Next up will be Season 2 of Bundyville.

“The partnership contributed, I believe, to the initial credibility and visibility of the podcast, and the quality of the work itself propelled it to an even larger audience. I would encourage producers across public media to be open to opportunities like this so that we can both learn from strong partners and share our own expertise more broadly.”

The quality of the storytelling resonated with ASME’s Holt. “The nomination of public broadcasting organizations in a competition that until a few years ago was largely print-centric is emblematic of two trends:  The transformation of magazines into a multiplatform medium and the way in which the kind of contextual storytelling that magazines and public broadcasters are so good at is overtaking the practice of journalism.”

It can be an exciting future for ambitious storytellers and creative news leaders who want to make complicated stories happen with scarce resources.