In its first month on the air, NPR talk show “1A” had already surpassed the station carriage of its long-lived predecessor, the “Diane Rehm Show,” which sunset at the end of 2016.

Now, 22 months later, “1A’s” upward climb has been exceptional. Starting with 172 stations on Jan. 2, 2017, “1A,” hosted by Joshua Johnson and produced by WAMU in Washington, D.C., is now carried by 330 stations and is heard by 3.6 million people weekly. Nine of the 10 largest public radio markets air the show – all but Dallas.

In the process, “1A” has not only re-invented the public radio talk-show format, it has developed a particularly robust paradigm for involving listeners in the show. Moreover, it has developed a way to roll over the program to entice more West Coast stations to carry it. 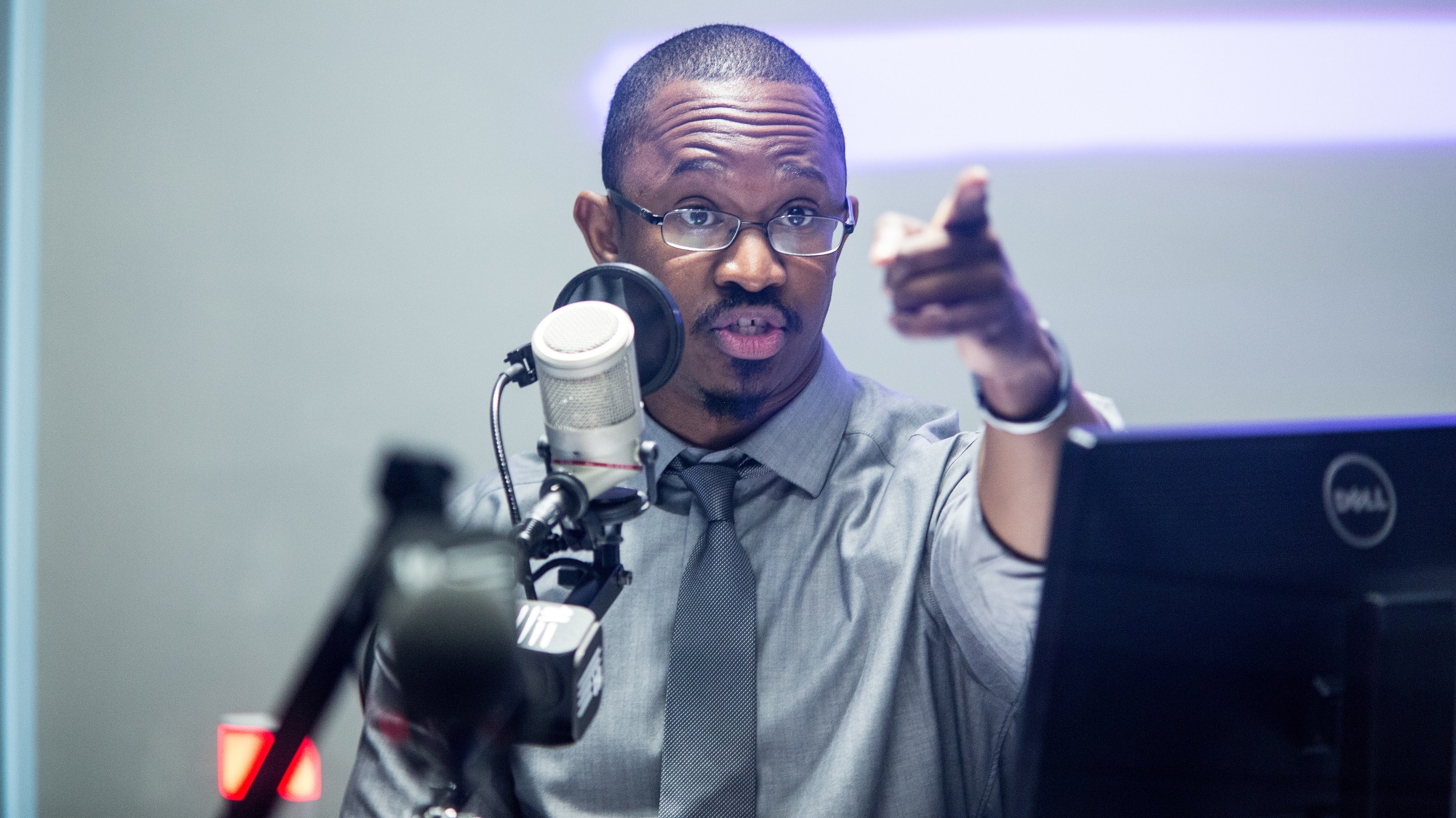 Joshua Johnson in the 1A studio. Photo by Hector Emanuel

Where most public radio talk programs promote ways to listen to the show, “1A,” again and again, urges people to talk to the show. And, by my count, there are at least seven on-ramps for people to suggest topics, share their stories, contribute their expertise, join the conversation or react to what’s on the air. The show’s many prompts alerting people to what’s in the works prime many of these audience entry points.

Consider that you can:

And, of course, notes the hip, but accessible, host Joshua Johnson, people call into member stations asking how they can reach “1A.”

While other shows may have some of these same participation opportunities, “I don’t know if they use it as intensively as we do,” said executive producer Rupert Allman. “We wanted to build a new program that felt like it was really close to the audience … something that was much more digital,” he said.

Moreover, the show’s pacing benefits from not relying on what can be cumbersome, live call-in comments.

“People really get it. They are really savvy. They know they have a minute to say what they really want to say.

Sometimes they will call in and ask: Can I say it again?” Allman said. “They will make their best pitch to us.”

For Johnson, the goal is to be a quality, journalistically sound venue for important national discussions “when the nation wants to talk.”

“I think of it like a dinner party with lots of people having lots of meaningful conversations, where you are able to drop in and take part,” he said. “That’s the show at its best.”

Empowering the audience to lend its expertise has fueled the show’s blend of both on-the-news and off-the-beaten-track stories.

To be sure, the show was recently deluged with women wanting to share their individual stories of sexual assault amid the Brett Kavanaugh confirmation process, enough stories to fuel several shows. “They trusted us enough to share with us,” Johnson said.

But the show has also developed programs on Beyoncé Inc., drag queens and pickup trucks. “Those are part of America,” Johnson declared.

“We have the capacity to hold a space for any kind of conversation,” he said. “Especially those that are a relief from the incessant jackhammering of the news cycle that some people want to get away from.”

“It’s so hard to remember where you heard the last story in today’s breathless news cycle,” he said.  He wants his audience to “remember us.”

Johnson not only steers the show’s real-time conversation, he multi-tasks and simultaneously culls from his producers’ top picks of audience input and reads the posts or airs the audio.

One advantage of unique, evergreen content is that it allows “1A” to appeal to new audiences. West Coast stations, “didn’t want a talk show from the East Coast that was going to be 10 hours old by the time it got to L.A.,” said Jonathan Peck, “1A’s” director of station relations and audience development.

Enter “1A Plus,” a one-hour show that takes the best of the two-hour morning program, polishes the sound, inserts fresh listener input, and updates news developments for stations airing it later in the day or evening. The new format has prompted 96 stations to add it to their lineup, up from 34 that carried it last fall, according to NPR ratings and 1A data. “1A Plus” now has more than 700,000 listeners.

Some of “1A’s” growth has come at the expense of “On Point,” which, bedeviled by the departure of long-time host Tom Ashbrook and a roster of rotating hosts, lost 9 percent of its stations (to 277 from 305) and 11 percent of its audience (down to 2.3 million listeners) since last fall’s NPR rankings. “We’ve certainly benefited at ‘On Point’s’ expense,” Peck acknowledged.

In August, however, WBUR named Meghna Chakrabarti and David Folkenflik to stabilize the host lineup.

There is a pronounced feeling at “1A” that the program was made for this moment in the country.

“We have to sound out and engage people differently.” Allman said. “I am really passionate about the sophisticated use of audience engagement. There is no one way to do this.”

Growth is also a “1A” mantra. Johnson noted that a “Grow the Show” post-it graces his computer.

Part of “1A’s” experimentation might extend to whether a version of “1A” could be developed at the local level, said Allman. Or there could be global conversations “that don’t have to be mediated by the BBC, CNN or Al Jazeera.” There could be live events or live audience shows.

“The sound of the program is where the future and where public radio really should be,” he said. And Johnson said “1A” might be able to share best practices with the wider public media world.

Does “1A” aspire to outpace the venerable “Here and Now,” carried by some 465 stations with 5.25 million listeners?

“Yes,” replies Allman matter-of-factly. “There’s no point in doing what we’re doing unless we’re No. 1.”