Should More Public TV Stations Do This?

A little over a year ago WLVT-TV, known as PBS39 in Bethlehem, Pa., announced it would do something few other public TV stations have recently done: Launch a nightly newscast from scratch.

It would hire 12 new journalists and embed 10 reporters in the 10 diverse counties in its coverage area, funding all of this from the proceeds of a spectrum auction that netted it $82 million.

It would stay true to the mission of public media, offer original, long-form news packages, have no commercials and no crime, traffic or weather. 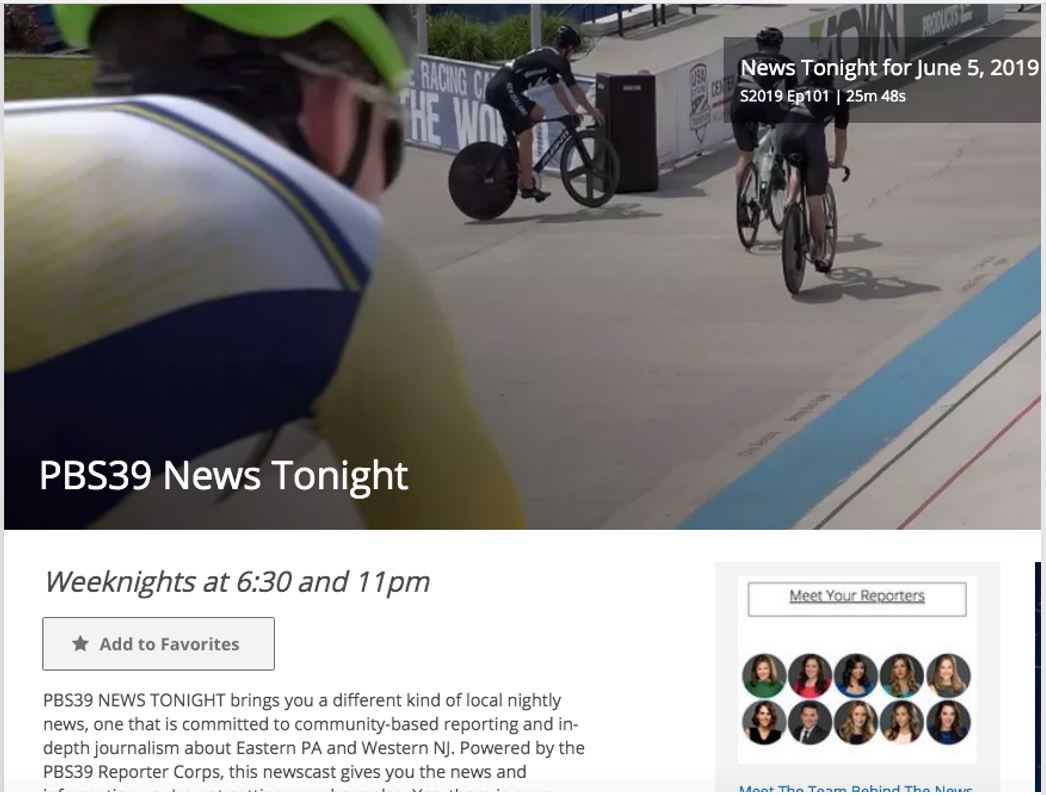 'PBS39 News Tonight' can be streamed on the WLVT/PBS39 webpage

So how’s it going?

While there are certainly some local nightly newscasts on public TV, I think more local public broadcasters should sit up and take notice of PBS39’s efforts.

It’s been “tough,” says Yoni Greenbaum, chief content officer. After a soft launch with a digital newscast, since last Sept. 17 the station has been airing an original newscast at 6:30 p.m. on weeknights and re-airing it at 11 p.m., sometimes with updates.

Notable, though, is that while ratings were never the goal, Nielsen data for March and April have placed the newscast at a close No. 2 at 11 p.m. behind market leader WVPI-TV, the ABC affiliate in Philadelphia, in its home two counties (Lehigh and Northampton). That’s ahead of the NBC and Fox affiliates, crowed station executives.

“That in itself is an incredible accomplishment – for a public station nightly news show to be out-competing commercial stations,” Greenbaum said.  “But it says a lot about us and about where news is in the country.”

Who’s watching? The station has learned that its audience is primarily women, ages 25 to 54, with children under 18, and household income under $75,000 ­– not the generally affluent, educated public media audience.

“So we’re bringing in working class, salt-of-the-earth people who value their time and are looking to spend it with something they value,” Greenbaum said.

Yet, other public TV stations are not deluging PBS39 with questions, ‘I wish they were,” Greenbaum said. In part, he said, some stations think their ambitions are “crazy.”

But he adds: “I don’t think we’ve done a good job of telling our own story in the public media community.”

Adds Managing Editor Jim Deegan, who spearheads the Reporter Corps, “I don’t think a lot of people are doing this because it’s hard, covering community issues with packages anywhere between 3 and 5 minutes each with a staff of 10 reporters in 10 counties.”

The challenges are remarkable.

By forgoing crime, traffic and weather, “We’re kind of double-stacking the deck against ourselves,” Greenbaum said. “We’re seven minutes longer than a commercial news program.”

Moreover, the station’s 10-county coverage area is crammed with journalistic challenges and opportunities. It reaches from Hunterdon County, N.J., one of the most affluent counties in the country, to the Philadelphia suburbs; from the Pocono resort areas to Carbon and Schuylkill counties, where median income hovers around $40,000 a year, Deegan said. It includes the rapidly revitalizing towns of Allentown, Bethlehem and Easton, in Pennsylvania’s Lehigh Valley. Yet schools in these communities are coping with an influx of hundreds of new students fleeing the 2017 devastation of Hurricane Maria in Puerto Rico. (The station, by the way, has the only Spanish-language TV show in the market, Greenbaum said.)

“I think we’ve been able to deliver on the mission to tell stories that are not being told,” Deegan said.

To be sure, the newscast is still trying to figure out the right mix. Early on, the emphasis was on the location of the stories, and now the focus is moving toward issues, Deegan said.

Also, initially the newscast was “softer than we wanted it to be,” Greenbaum said. “We definitely have room to grow with investigations and more impact.”

Partnership overtures are starting to come in from Philadelphia media outlets and a local newspaper. And PBS39 may be pressed to replace news once covered by the bankrupt Reading Eagle newspaper. Its new hedge fund owner is known for deep staff cuts.

Programming underwriters are starting to take notice. Greenbaum says underwriters see that supporting the station is “a good business decision. We are able to provide good value at a fraction of the cost of commercial stations.”

And while membership has grown, “I think an ongoing effort is telling the story about what PBS39 is. It’s not about keeping the lights on. It’s about quality, original, impactful programming.”

For the future, Greenbaum wants to grow significantly its teacher training program.  And the station may explore launching a radio station. Said Greenbaum, “It would make a lot of sense.”