Some Parents Would Welcome This Script

It’s no surprise that in today’s polarized climate, polar opposite viewpoints would be registered about this season’s premiere of the PBS KIDS show “Arthur.”

Episode 1 of Season 22, “Mr. Ratburn and the Special Someone,” debuted May 13 but was kicked off Alabama Public Television’s (APT) schedule because it featured the wedding of Arthur’s teacher, Mr. Ratburn, a rat, to Patrick, an aardvark and owner of a candy shop.

The depiction of a gay wedding was lambasted by right-wing pundits and applauded by those who opposed censorship and dampening diversity. 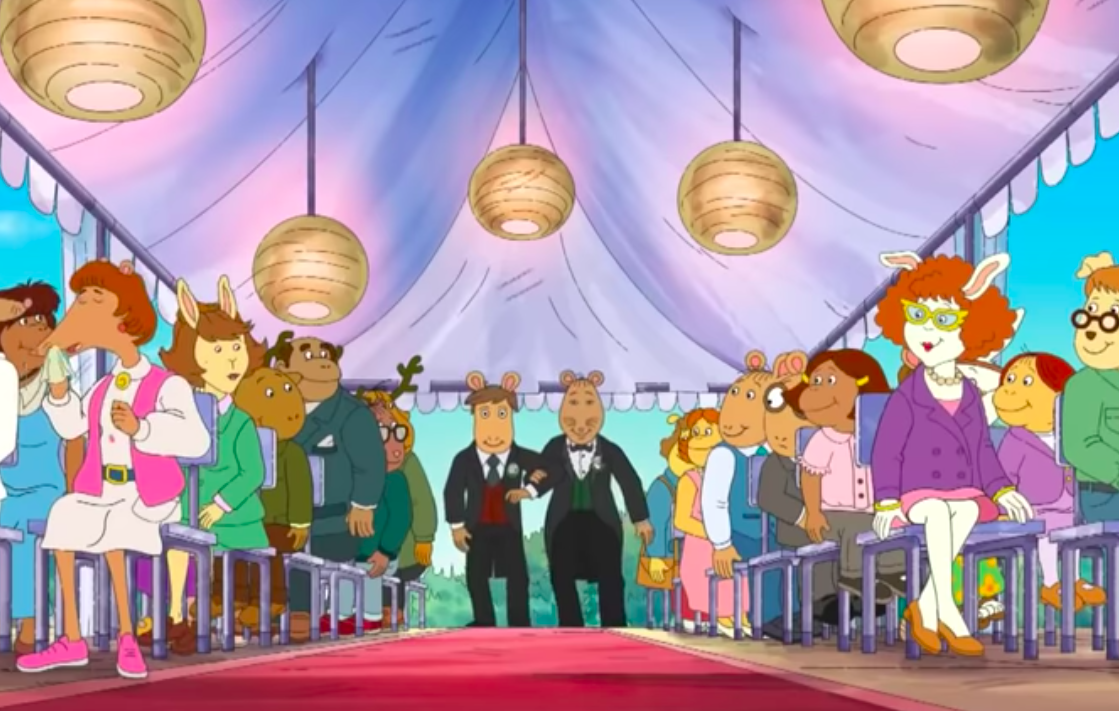 Mr. Ratburn's wedding was featured in the 22nd season premiere of  'Arthur.'

One Michigan woman wrote this ombudsman earlier this week, calling the show “a flagrant indoctrination and promotion of the homosexual lifestyle upon our impressionable young children and a gross misuse of our tax dollars.”

Discussions of such controversial topics and “lifestyle choices” should be left up to parents, she said.

Three days earlier, a Maryland man expressed outrage at Alabama Public Television’s refusal to air the episode. “Their actions are blatant censorship and should not be tolerated. I am a supporter of public television and its broad range of content, including sometimes controversial content or content that would not air on commercial television due to profit motives,” he wrote.

“While I understand that different markets are able to choose which content to air, if they air “Arthur” they should show every episode. Otherwise, they are censoring the show and acting in a manner inconsistent with the values of public television to present fair and unbiased content. LGBTQI people are a part of the public and do not deserve to be censored out of society.”

He even called for CPB to condemn APT’s action and to withhold financial support. CPB does fund APT, but it does not fund "Arthur."

Mike McKenzie, APT's director of programming and public information, said PBS and WGBH, the show’s Boston producer, gave APT a heads up in mid-April about the show’s content, according to a report on WMBF-TV, the NBC affiliate in Myrtle Beach, S.C.

After watching it, APT Executive Director Roy Clem decided not to air it.

“The storyline about Mr. Ratburn’s marriage conveys a positive message that many parents feel is entirely appropriate,” McKenzie was quoted as saying. “Many other parents disagree, either because their children are too young, or because of their beliefs. The vast majority of parents will not have heard about the content, whether they agree with it or not, and our greatest concern was taking away these parents’ choice.”

The show’s creator, Marc Brown, said he was proud of the episode. “And I will defend it to anybody who wants to talk about it,” he told People magazine. The three-time Emmy Award winner said his decision to include a same-sex wedding on the show was born out of his interest in making viewers from all walks of life “feel represented.”

“Why shouldn’t their teacher marry another man? We all know people who are gay, who are trans, and it’s something that is socially acceptable,” Brown said. “Why is there this discomfort that it takes a leap into our national media?”

Missing from much of the conversation, in my view, was input from parents of gay children. I, for one, would have welcomed an opening to say to my then-9-year-old, when he came into our bedroom in tears one late night, saying, “Mom, Mom… I think I’m gay.” Indeed, he is.

Wouldn’t it have been nice to reassure him that: “Maybe you could have a wedding like Mr. Ratburn’s some day?”

You can subscribe to CPB Ombudsman Reports at https://www.cpb.org/subscribe.