Sounds like “children squabbling,” declared one writer in emailing this ombudsman. “Sounds like hankie pankie,” said another.

“What the heck is going on” between OETA, Oklahoma Educational Television Authority, and its fundraising arm, the OETA Foundation, demanded one writer. “I donate money,” said another, “and I don’t understand what’s going on.”

Bottom line is that donors to the statewide public television network based in Oklahoma City don’t like what they are hearing in the news, and they want the toxic warfare between two beloved local institutions to stop.  Or else, they warned, their donations will stop.

It’s a notable reminder that the public considers their local public media outlet to be a member of their family. And they don’t much cotton to any quarreling. Especially quarreling that doesn’t make sense to them.

The merits of this dispute will ultimately be decided in court, where bruising assertions and counter-assertions have landed.

The foundation last month asked the District Court in Oklahoma County to define the nature of its relationship with OETA. Amid the volley of bitter assertions, a key issue is who should control funds the nonprofit foundation raises for the authority. (It has raised more than $67 million to date.) The foundation alleges that OETA won’t properly account for how it spends these dollars and that the authority is attempting to get complete control over the foundation’s assets. 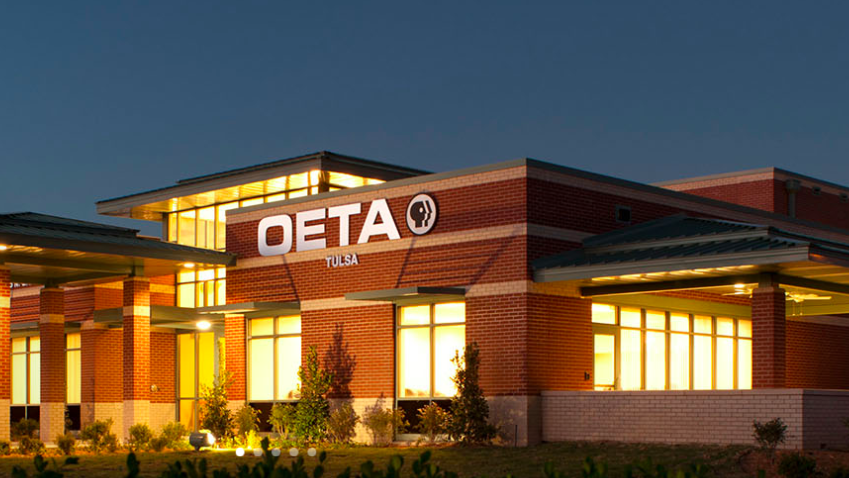 OETA has accused the foundation of mismanagement and improper spending, and demanded that it move out of their shared space. Earlier this week it voted to terminate its relationship with the foundation and form a new fundraising organization, saying it was acting to protect donor funds.

Oklahoma’s public television network is a state agency and one of a handful of U.S. public media organizations that designate an “alternate payee” – in this case the OETA Foundation – to receive its donations. This includes its federal funding, its Community Service Grant (CSG) from the Corporation for Public Broadcasting. The structure is one way to bypass red tape that might otherwise tie up donations that go directly into a state’s treasury.

For now, CPB “is interested in making sure that none of the CSG funds gets lost in the shuffle,” said West Smithers, CPB senior vice president and general counsel.

Already, new donations are being affected. Some local funders have halted funding, objecting to a proposal that would have given OETA greater control over the foundation. The head of one local foundation that has supported OETA said that it only gives grants to independent nonprofits and not to government entities, according to Current, which covers public media.

Now individuals are threatening similar actions. Commenting on OETA’s split from the foundation, one writer said: “If either organization expects continuing financial support from its supporters, it would be a good idea to provide us with a clear explanation for this split. Until this happens, I will be placing on hold my annual contribution to the foundation.”

Donors have a right to be asking questions and getting clearer answers.