In deciding which six public radio stations should be part of 1A Across America’s efforts to tap into heartland concerns, the 1A team zigged away from stations in swing states and zeroed in on such places as Alabama, Kansas and Texas.

“They’re not what you’d call politically sexy when it comes to the Electoral College,” said 1A Executive Producer Rupert Allman. But they were deliberate choices in 1A’s strategy to avoid the coasts and “lay down tracks” in communities facing non-Beltway issues a year ahead of the 2020 presidential elections.

Five months into the initiative, the deep-dive, on-air reports or live events are happening about once a month, and the program is not only getting fresh stories, it is putting down roots in both partner newsrooms and communities that 1A will revisit next year – and, hopefully, beyond.

The program has examined rural hospital closures in Kansas, unpacked global trade’s impact on northern Minnesota miners, and explored how Colorado, having lived through Columbine and Aurora, might be a potential model for gun control efforts across the U.S.

“These are not places where, in the next 18 months, you are going to get much of a look in,” Allman said.

1A Across America is just one of several new initiatives by nonprofit news organizations, mostly pubcasters, to move away from their traditional reporting perches and strategically develop what Allman hopes is a “deeper, more nuanced” understanding of issues that fall off of East Coast newsroom screens.

“We’re not just scrambling around putting pins in a map,” he said. 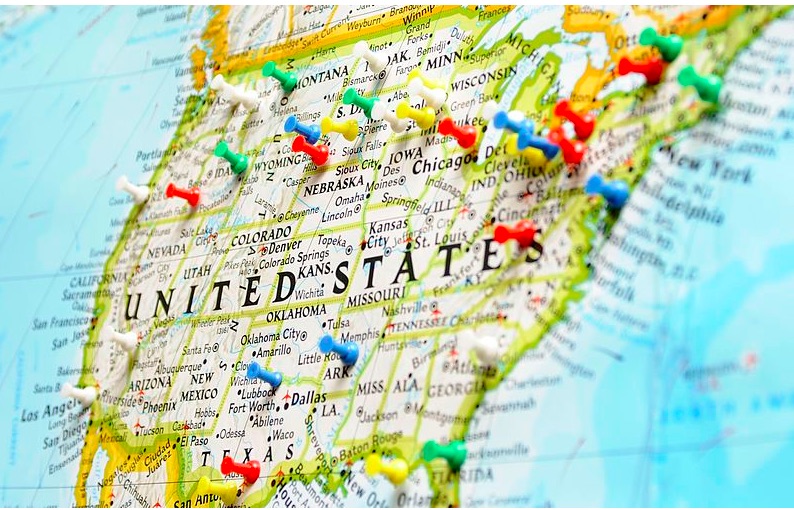 While the techniques are similar in several of the new efforts, the motivations are different.

PBS NewsHour announced in March that it is expanding to cover Western issues and will launch PBS NewsHour West later this year. It entails opening a bureau in Phoenix, based at the Cronkite School of Journalism and Mass Communication at Arizona State (already home to Arizona PBS). The NewsHour West team will have up to six people, including a correspondent who will serve as a West Coast anchor.

Simply put, it means the NewsHour can pick up late-breaking news more quickly for audiences in Western time zones, cover stories of importance to Western viewers and move toward a 24/7 news operation.  Its regular weeknight newscasts are now fed live to all stations from 6 to 7 p.m. Eastern time - a bit early for West Coast audiences.

Basing the bureau at ASU also means it can benefit from student news reports. The NewsHour has already aired some half-dozen of these so far.

Support for both of these efforts is coming from the Corporation for Public Broadcasting. “Through strategic investment, CPB is working to strengthen and expand public media’s local, regional and national journalism capacity,” Pat Harrison, CPB’s president and CEO, said in announcing support for the PBS NewsHour West in March.

Still more regional heft is coming from FRONTLINE, which received a $3 million, four-year, Knight Foundation grant earlier this year to create investigative partnerships with up to five local newsrooms around the country. It’s called the FRONTLINE Local Journalism Project. Coming soon, FRONTLINE will put out a call for proposals and make their selections from investigations local journalists would like to pursue.

“We are very excited about this initiative, which marks an expansion for FRONTLINE,” said Executive Producer Raney Aronson-Rath. “This is the first time in our history that we've put out a call for local partners with the principal goal of helping them realize ambitious investigations and enterprise journalism. It's new territory for us.”

FRONTLINE will select partners “on the basis of the most promising investigative stories (including works in progress), geographic diversity, need for outside support, and whether FRONTLINE can make a decisive contribution to bringing a first-rate project across the finish line,” she said.

Eligible to apply will be both public broadcasters and local newspapers and other journalism outlets. “Public media has already taken a pioneering role in building networks of its affiliates and that's a natural place for us to partner and we plan to collaborate with local stations in the communities we choose,” she said.

FRONTLINE’s main goal, Aronson said, is to support local journalism. “But this is also an important opportunity for us to discover new stories that we wouldn't otherwise see,” she said.

The initiative is similar to ProPublica’s Local Reporting Network, which recently received a fresh infusion of funding to expand its Local Reporting Network by six funded reporters.  That will bring to 20 the total of funded journalists who are investigating local accountability issues this year, an area that has been decimated from local newsroom downsizing.

To be sure, all of these initiatives, even with added staff, are a heavier lift for these journalism organizations.

In 1A’s case, staffers will not only engage in newsgathering, but also host a morning show at the partner stations and meet with the newsrooms and even donors. And 1A will use its highly developed social media outreach to mini-text questions to people in targeted geographic areas. “We are trying to squeeze as much out of the sponge as possible,” Allman said.

But the payoff is good.  The journalists are exposed to new conversations – and occasionally may actually detect some impact.

Following a 1A program about some Houston residents feeling abandoned after Hurricane Harvey flooded their neighborhood, local and federal officials held a new round of meetings with residents. “We can’t claim credit,” Allman said, “but we noticed.”

By establishing new listening posts and seeking the input of their partners in identifying and framing stories, these news organizations might offer the kind of stories that mirror the experiences of their audiences instead of pre-determined narratives assigned to a journalists who just parachute in for a one-off assignment.

“I think it’s really important that the conversations we had on the back of 2016 – those are lessons that we need to learn from,” Allman said.

1A Across America is “an attempt to keep us honest and make sure we are not constantly locked in the Beltway bubble.”