Washington, D.C. (December 2, 2020) -- The Corporation for Public Broadcasting (CPB) has promoted Kathryn Washington to the position of Senior Vice President, Television Content, effective December 19. In this role, Washington will lead the development and implementation of strategies for CPB's investments in mission-focused television and digital productions. She will work closely with PBS, public television stations and independent production organizations to support innovative, diverse and creative programming and content for national public media audiences. 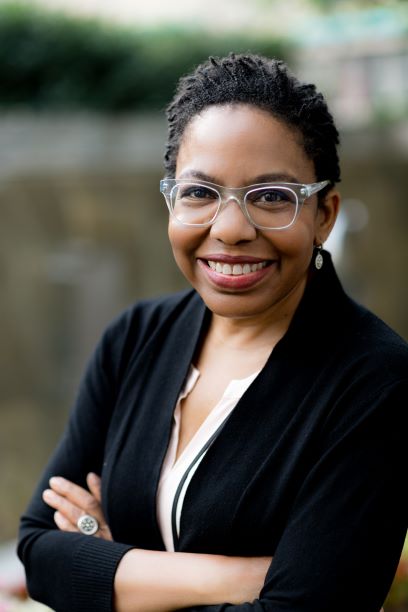 “Kathryn is a dynamic leader who has played a significant role advancing CPB’s work developing broadcast media, programs and services that reach all Americans,” said Pat Harrison, CPB president and CEO. “At a time when public media’s role of bringing important information and stories to communities is more important than ever, Kathryn’s strategic vision, paired with her deep background in the public media system, will be invaluable as we develop strategies to support programming that reflects our diverse society.”

Kathryn Washington joined CPB in November 2009 and has held many roles, including serving as Senior Director of Content Strategy, where she established partnerships between PBS stations and independent producers to develop national content, and Director of Diversity and Innovation, where she oversaw the funding of more than 20 new programs such as Stanley Nelson’s “The Black Panthers: Vanguard of the Revolution.” Most recently, Washington served as Vice President of Television Content, where she developed and managed CPB’s investment strategy in national broadcast and digital content.

Through her work with Henry Louis Gates’ production team, Firelight Media’s Documentary Lab, and iconic PBS series such as “American Masters,” “American Experience,” “Nature,” and “NOVA,” Washington has developed strategies to bring high-quality and innovative programming to all platforms with a focus on advancing new and diverse voices. In her new role, she will lead CPB’s work in developing broadcast media, programs, and services that respond to a dynamic media environment and continue to reflect a diverse and inclusive society.

Washington has worked in public media for more than 20 years. She began her career in public broadcasting as an independent radio producer for KQED’s nationally distributed series “Beyond Computers” and the online music magazine “Behind the Beat.” She also conducted research for the Kitchen Sisters’ Peabody award-winning NPR documentary series “Lost and Found Sound.” Moving from radio to documentary film, she managed the Diversity Development Fund for the Independent Television Service (ITVS) and aided producers in the development of films that have aired on Independent Lens, POV and screened at festivals worldwide.

Having begun her career developing adult education programs, Washington brings to her work a strong belief in lifelong learning, talent development as well as first-hand knowledge of the transformative power of media. She volunteers for local arts organizations and serves as board chair for Timeslips, an international network of artists and caregivers that bring meaning to late life through creative engagement. Kathryn holds a bachelor’s degree in East Asian Studies from Oberlin College, a master’s in psychology from Antioch University and a certificate in strategic foresight from University of Houston.

The Corporation for Public Broadcasting, a private, nonprofit corporation created by Congress in 1967, is the steward of the federal government’s investment in public broadcasting. It helps support the operations of more than 1,500 locally managed and operated public television and radio stations nationwide. CPB is also the largest single source of funding for research, technology and program development for public radio, television and related online services. For more information, visit cpb.org, follow us on Twitter @CPBmedia, Facebook and LinkedIn and subscribe for email updates.