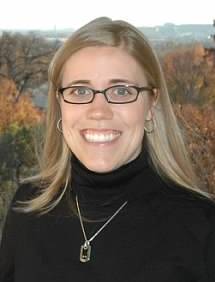 WASHINGTON, D.C. (March 15, 2017) — The Corporation for Public Broadcasting (CPB) has named Anne Brachman as its senior vice president of government affairs, effective immediately. In this role, she serves as the primary liaison between CPB and the federal government. She oversees CPB's interactions with national organizations and stations as they relate to federal funding, authorization and other policy issues.

“Anne has a deep understanding of government, telecommunications and public media,” said Pat Harrison, president and CEO of CPB. “We are fortunate to have someone of her caliber to lead our efforts collaborating across government and with national organizations and local public media stations around the country.”

Prior to joining CPB in 2012, Ms. Brachman served as the manager for international and government affairs at the Telecommunications Industry Association (TIA), a trade association that represents several hundred global telecommunications equipment manufacturers. She began her career in Washington, D.C., working for a member of Congress from Florida. She served the people of northwest Florida for over five years, spending the last three years as the Congressman’s legislative director. In that capacity, she assisted in the overall development of policy positions, legislative initiatives, and managed the office's legislative staff.

Ms. Brachman has a Bachelor of Science in Telecommunications from the University of Florida and Master of Public Policy from George Mason University.