Patricia Harrison, president and CEO of the Corporation for Public Broadcasting (CPB) issued the following statement:

“We join our public media colleagues in mourning the passing of Susan Howarth, a leader whose 45-year career in public broadcasting made such a difference in so many lives in communities across Florida, Ohio, New York, Arkansas, Missouri and Connecticut. She will be remembered for her passionate advocacy for public media, her journalistic integrity and her robust community outreach to strengthen the financial footing at numerous public media stations as well as for supporting regional and national initiatives.

Since April 2010, Susan Howarth had been the President and CEO of WEDU in Tampa Bay, Fla., where she expanded the station’s service, adding new channels and increasing community outreach on topics from education to veterans’ issues to race relations to youth homelessness and more. Her previous work included serving as president of WCET in Cincinnati and executive director of AETN in Arkansas and holding programming leadership positions at WNED/WNEQ in Western New York; WUFT-TV in Gainesville, Fla.; KOZK-TV in Springfield, Mo.; and Connecticut Public Television. She also served public media on the national level including on station advisory panels for CPB and as the Vice Chair of the PBS Board of Directors for three years.

She will be remembered not only for all that she accomplished as an innovative leader helping these stations grow and thrive to better serve their communities but for her friendships across public media. On behalf of CPB, we extend our condolences to Susan’s family and the WEDU community.” 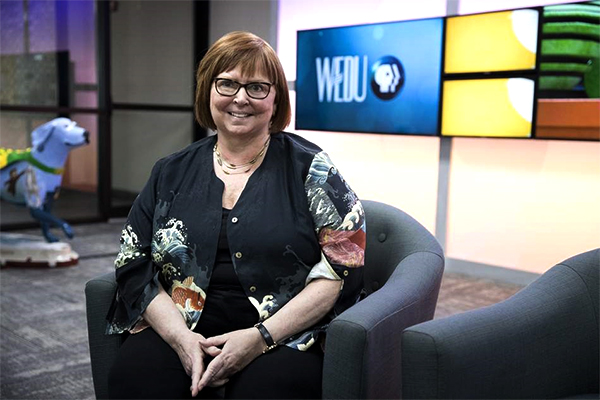 “Susan Howarth left an indelible mark in Central Florida through her leadership growing the station and its service to our communities. Her innovations across media platforms and passion for public media will be greatly missed.

Susan expanded WEDU’s outreach to our community on important topics and increased our local content, including production of original, award-winning documentaries like ‘Too Close To Home – Human Trafficking in Tampa Bay’ and town hall meetings such as ‘Autism: Breakthrough to Hope.’

Her passion for public media was instrumental in the restoration of Florida state funds when they were cut in 2011 for public television and public radio across the state.

I wish to add my condolences to Susan’s family, her colleagues at WEDU and the entire Central Florida community.”