The proclamation recognizes Utah’s contributions to telecommunications innovations that have led to the success of public media including the invention of the television by Utah’s Philo T. Farnsworth. It notes that Utah has the highest percentage of over-the-air broadcast viewing households in the nation and “It is in the public interest to grow and develop public media programs and services that respond to and reflect local issues and concerns.” 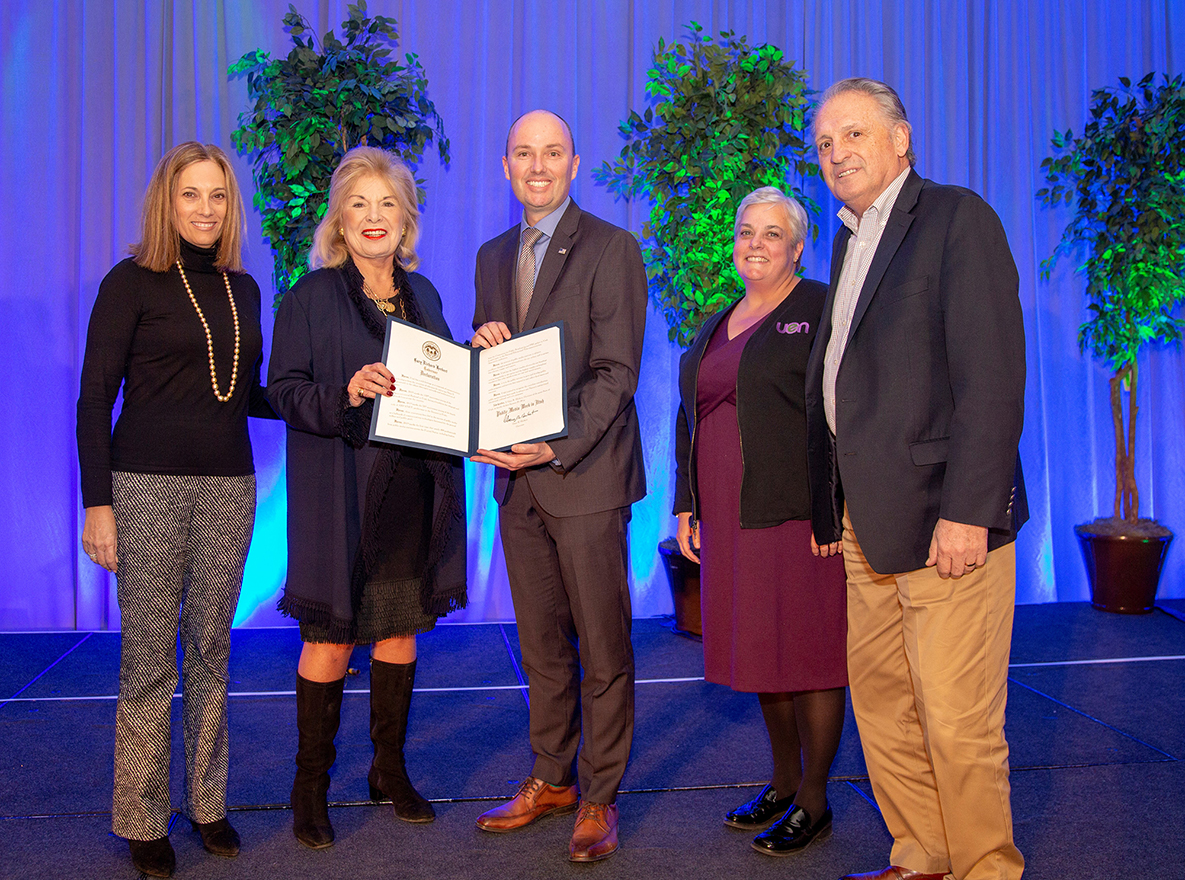 The Lt. Governor thanked the gathering of public media professionals for their work and spoke about the impact of public media on the country. “We need public broadcasting to bridge the gap and remind people of shared facts. We can’t afford to lose you,” he said.

“The Utah Education and Telehealth Network is unique and encompasses not only UEN but provides the broadband and broadcast networks connecting Utah’s schools, from pre-K through university and adult learning,” said Pat Harrison, CPB president and CEO. “Utah leads the country in state funding for public media, both in direct funding and per capita spending. I wish all our public media stations could experience the same level of support.”

The Public Media Thought Leader Forum and 2019 NETA Conference are being hosted by the Utah Education Network and KUED through January 24, 2019. Tuesday’s Public Media Thought Leader Forum, sponsored by the Corporation for Public Broadcasting, engaged leading experts from many disciplines to help identify and scale innovative approaches to content creation and engagement.

About CPB:
The Corporation for Public Broadcasting (CPB), a private, nonprofit corporation created by Congress in 1967, is the steward of the federal government’s investment in public broadcasting. It helps support the operations of more than 1,500 locally owned and operated public television and radio stations nationwide. CPB is also the largest single source of funding for research, technology and program development for public radio, television and related online services. For more information, visit cpb.org, follow us on Twitter @CPBmedia, Facebook and LinkedIn and subscribe for other updates.

About NETA:
NETA is a professional association of public television licensees created in 1997 from members of the original Southern Educational Communications Association (SECA, incorporated in 1967) and the Pacific Mountain Network (PMN, chartered in 1978) to serve and support public television licensees and public media’s education mission. The organization has members in 43 states, the District of Columbia, and the Virgin Islands. Follow NETA on Twitter and on Facebook.