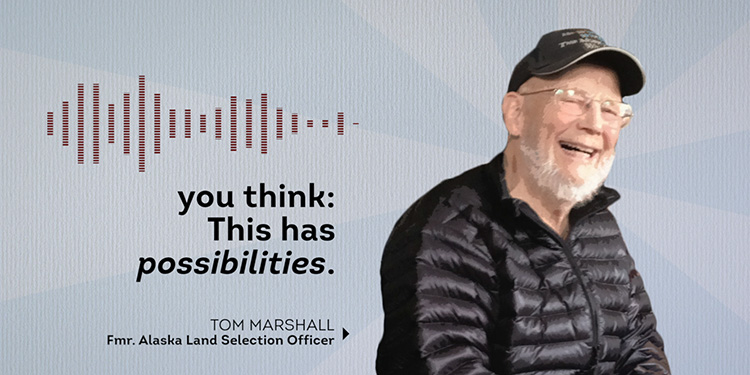 The Midnight Oil podcast includes an interview with 91-year-old Tom Marshall, a geologist and a land selection officer for Alaska in the 1960s. He was the driving force behind the state’s Prudhoe Bay selection.

The story of the trans-Alaska pipeline and how the 49th state came to be has become an improbable hit podcast, with more than 1 million downloads and listeners as far away as New Zealand and Kenya.

Midnight Oil: A new podcast from the Last Frontier, by Alaska's Energy Desk

“Midnight Oil,” produced by the CPB-supported journalism collaboration Alaska’s Energy Desk, was released in weekly installments to highlight the pipeline’s 40th anniversary. Over eight, 20-minute episodes, the podcast traces the boom-bust timeline of the pipeline, incorporating larger themes such as:

The podcast idea came up early and moved forward quickly once selected by NPR’s StoryLab, which provided funding for three reporters to attend podcasting workshops. StoryLab provided a $10,000 grant, allowing reporters to travel to the ends of the pipeline, from Prudhoe Bay to Valdez.

The timing was fortuitous.

In addition to podcasting, “Midnight Oil” segments aired on public radio stations across Alaska and were promoted via social media through audio grams. While it was an immediate hit in Alaska, the podcast downloads went global after the NPR One app promoted the series.

“Midnight Oil” hit 1 million downloads in August and had about 30,000 subscribers, a significant audience for a podcast, especially one focused on a state with fewer than 750,000 people. Feidt estimates 90 percent of the listeners are outside of Alaska. 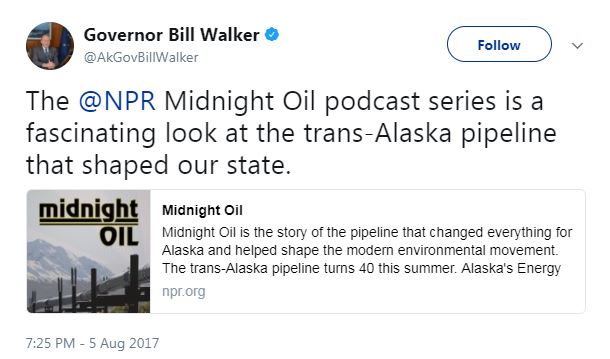 At a standing-room-only “Midnight Oil” live storytelling event in Anchorage, storytellers included chef Michel Villon, who helped feed 3,000 workers a day during peak construction; former state lawmaker Harry Crawford, who met his wife while working as a pipeline ironworker in Valdez; and Alaska First Lady Donna Walker, who worked as a recreation director at a pipeline construction camp in Glennallen. Participants praised the series for capturing an important piece of the state’s history that had not been comprehensively told.

Collaborating on “Midnight Oil” helped Alaska’s Energy Desk reporters, who work in three remote locations, to work as a cohesive team and brainstorm about future news features. New and veteran energy and environmental reporters also learned a lot from the podcast, Feidt said. “We really wanted to learn about the complicated issues involved. I’ve lived here for over a decade and thought I knew the basics, but a lot of what I thought I knew was wrong or inadequate.”

Midnight Oil can be streamed on Alaska’s Energy Desk website and downloaded from NPR One or iTunes.