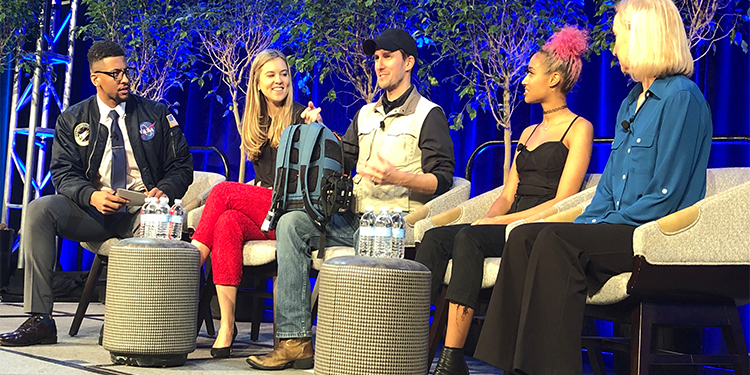 How public media can engage pre-teens and teens was the main topic of the 2020 Public Media Thought Leader Forum, sponsored by the Corporation for Public Broadcasting (CPB) and held in Crystal City, Virginia prior to the National Educational Telecommunications Association (NETA) Conference in January.

First held in 2018, the CPB Thought Leader Forum brings speakers from inside and outside public media to help station leaders consider how to build a public media culture that advances creativity, innovation and inclusion.  At this year’s forum, speakers focused how public media can best serve younger “touch screen native” audiences.

“America’s preteens and teens are surrounded by and utilize media unlike any other generation, so much so that we can say that this is a group overserved by media and underserved with content that matters,” said Pat Harrison, CPB president and CEO. “We want to create the right environment in which to view disruption as an opportunity to utilize technology and content and engagement in ways that were really not possible before – especially in the area of education,” CPB president and CEO Pat Harrison said.

During an interactive day of presentations, panels, and discussions, several themes emerged:

Young people must know that you’re there to see them, not to save them, Reynolds said. “Don’t be afraid to let them see you embarrassed, or to seem a little silly. It has to matter to them that it matters to you.”

Artist Austin Kleon depicted creativity as a collaborative process. Instead of the “lone genius” myth, he cited music artist Brian Eno’s description of “scenius”: rich networks of people who are seeing and stealing from each other. “Genius is an ego system and Scenius is an ecosystem,” Kleon explained.

Frans Johansson, author of “The Medici Effect,” said diversity drives innovation. It’s natural to rely on expertise and logic to attain success, but in a world that is unpredictable and fast-changing, “Inclusion is critical to unleashing the power of diversity. We are in an era now of diverse and inclusive teams,” he said.

Understanding your audience. Kim Parker from Pew Research presented data defining different generations and describing their media use. Where older generations are more likely to get news from television, younger generations depend upon mobile devices, she said. “45% of teens say they’re online almost constantly.”

Nat Kendall-Taylor, an anthropologist and CEO of the Frameworks Institute, demonstrated how people’s opinions are heavily influenced by how issues are framed. Giving young people the impression that these are dangerous times is highly unproductive, he said. “If environments are overwhelmingly negative … protection is the only solution and ‘just make it through’ is the only outcome.” Providing positive news about young people, he said, will activate the idea of agency and independence.

In addition, there were panel discussions that focused on digital content:

Podcasting. Podcasting, or on-demand audio, is rapidly being adopted by audiences across demographics, but youth are underserved in this medium. In December, CPB announced a $1.6 million grant to PRX to launch TRAX, a podcasting network for children ages 9-13. Efforts such as TRAX and the PBS KIDS "Molly of Denali" podcast demonstrate public media’s investment in the medium.

Tai Poole, a seventh-grader who hosts "Tai Asks Why," a CBC podcast that tackles life’s big questions, prefers podcasting to TV because it’s more intimate and less intrusive. Interviewed at the Thought Leader Forum by Sean Rameswaram, host of Vox’s "Today, Explained" podcast, Poole said being a kid also helps. “People, they’re less guarded when they’re talking to a kid. When I come up with this big, deep question, they have nothing really to do but to answer … earnestly and honestly. It makes for more meaningful conversations.”

Digital production processes. Podcasting is more like the internet than broadcast media, said PRX CEO Kerri Hoffman. She and other podcasters, digital video producers and game designers have adopted aspects of the fail-fast, iterative “Design Thinking” practices of technology startups.

Justin Shaifer, STEM educator and host of "Escape Lab," an experimental interactive program that WGBH piloted on the Twitch streaming platform, moderated a panel with Tory Starr of the WGBH Emerging Platforms Lab, John “Das” Galloway, a Twitch show creator who appeared in "Escape Lab"; Camille Johnson, a Gen-Z YouTuber who hosts WGBH’s "Career Hacks"; and producer Hillary Wells of WGBH Youth Media. They discussed the importance of authenticity, community and relatability in producing content for Generation Z, and the importance of listening and understanding a platform before you dive in.

The Thought Leader Forum closed with a live demonstration of the children’s podcast "Pants on Fire," produced by Gen Z Media. "Pants on Fire" addresses media literacy and disinformation in a lighthearted way by having a young contestant interview two adults, one an expert and one who’s bluffing, to figure out who’s telling the truth. Ten-year old Anders, grilled restaurateur Christianne Ricchi and CPB’s Pat Harrison to figure out who was the professional Italian chef.

By asking insightful questions, challenging assumptions, and working with the audience, Anders chose the right answer and reinforced many of the day’s key takeaways.

In order to help public media better utilize the many ideas presented at the forum, Harrison announced a $523,097 grant to the Joan Ganz Cooney Center at Sesame Workshop to fund research into the media habits of children ages 8-18. "Through this research we will have the opportunity to learn more about young people's need to stay constantly connected and engaged with media. Our goal is to enable public media to connect with them through ideas and educational content that can enhance their learning and their lives," she said. 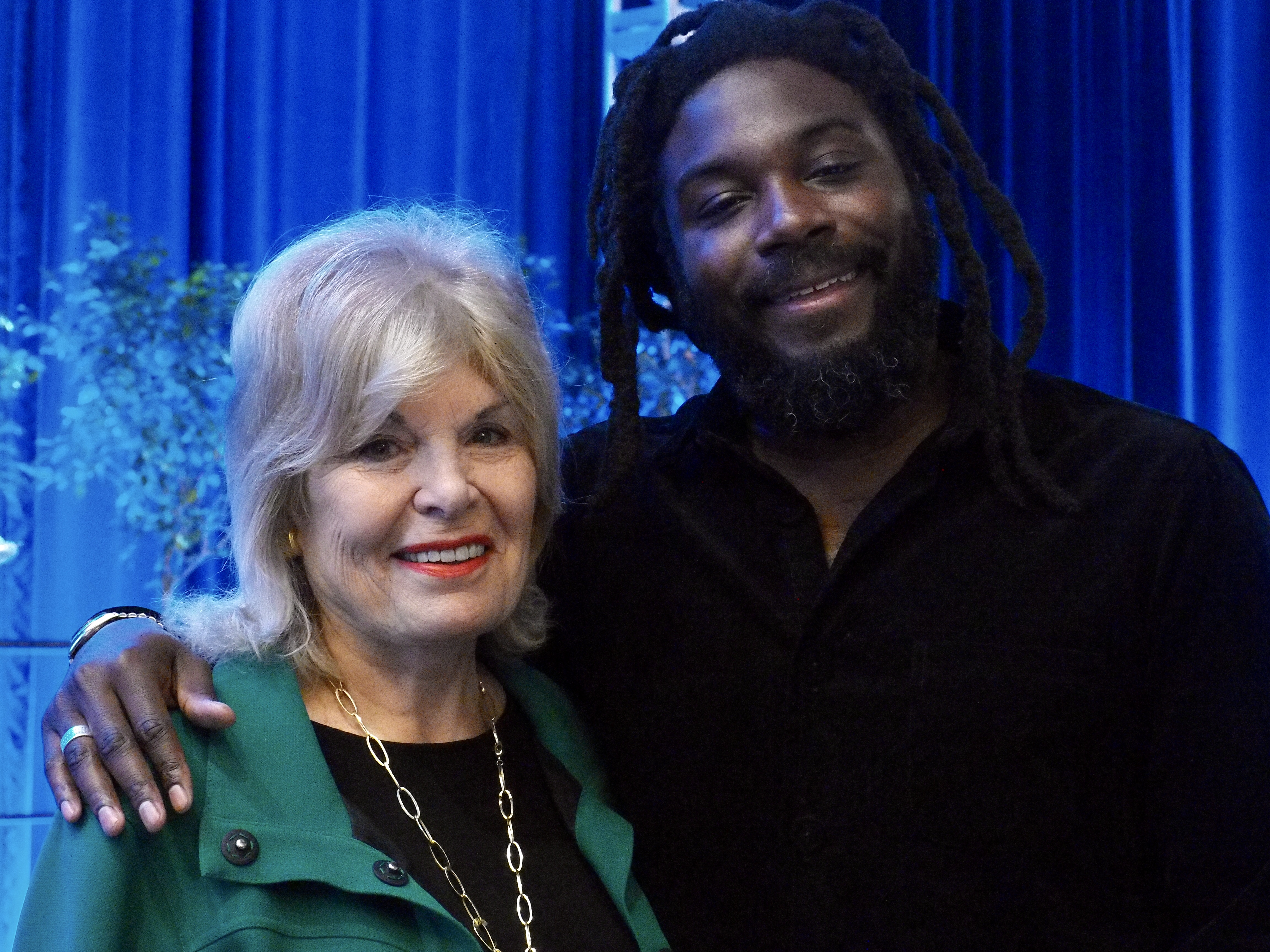