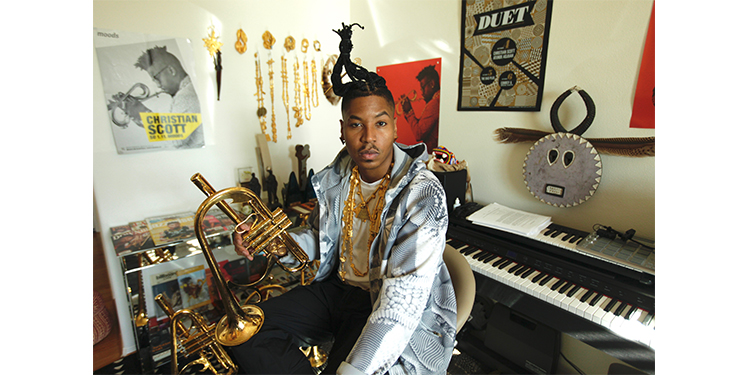 The award-winning public media program American Masters and Firelight Media present “In the Making,” a new documentary short film series following the lives and journeys of rising artists who are people of color and who bring insight and originality to their craft. The entire series is now streaming on pbs.org/americanmasters and the PBS Video App, with episodes premiering Wednesdays on the American Masters YouTube channel.

Funded in part by CPB, the series features eight cinematic and character-driven shorts by BIPOC filmmakers, most of whom graduated from Firelight Media’s Documentary Lab, and explores the artistic process of up-and-coming creatives through non-fiction storytelling. The short films are:

Maia Cruz Palileo: Becoming the Moon – Filmmaker Ligaiya Romero explores the life and work of Maia Cruz Palileo, the multi-disciplinary, Brooklyn-based artist who examines themes of migration and the permeable concept of home in her works, inspired by the oral history of her family’s arrival in the United States from the Philippines.

Vincent Valdez: The Beginning is Near – Filmmaker Ray Santisteban highlights Vincent Valdez, the San Antonio, Texas-born artist who emphasizes themes of social justice, memory and ignored or under-examined historical narratives in his work.

“We are proud to see the work of these filmmakers highlighted on American Masters,” said Kathryn Washington, Vice President of Television Programming. “‘In the Making’ underscores our commitment, through our support of Stanley Nelson’s Firelight Media Documentary Lab, to foster diversity of talent in public media, both behind and in front of the camera.”

“Supporting emerging BIPOC filmmakers has always been central to Firelight Media’s mission – a mission we could not fulfill without the vital and continued support of CPB. We are proud to partner with American Masters on this series of films showcasing so many dynamic and diverse artistic voices,” added Stanley Nelson, co-founder of Firelight Media.

Firelight Media was co-founded 20 years ago by filmmaker Stanley Nelson and philanthropy executive and award-winning writer Marcia Smith. Its flagship Documentary Lab mentors emerging filmmakers of color with one-on-one support from a project’s conception to its completion. They help provide funding, professional development workshops, and networking opportunities. With CPB support, the Documentary Lab has grown into a robust artist development initiative that has supported over 100 emerging filmmakers and brought 37 films to the PBS broadcast schedule.

“In The Making” is available for streaming on all station-branded PBS platforms, including pbs.org and the PBS Video app, and on Firelight Media’s website at firelightmedia.tv/in-the-making. The series will also be available to stream in the U.S. and Canada on Topic’s streaming service via Topic.com, as well as Topic channels on Apple iOS, AppleTV, Android, Amazon Fire TV and Roku, in addition to Amazon Prime Video Channels, Apple TV Channels, and Roku Premium Channels.

Public Media and the Youth Media Landscape: A Q&A