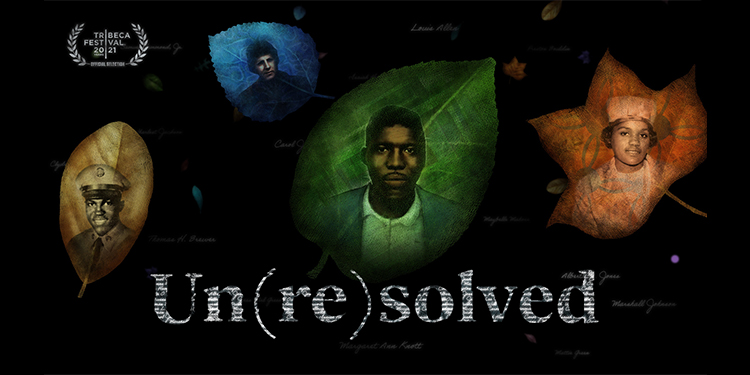 FRONTLINE’s “Un(re)solved,” a multiplatform experience telling the stories of lives cut short and a federal effort to investigate more than 150 cold cases that date back to the civil rights era, made its debut as an augmented reality installation, interactive web experience and podcast series this month as part of the Juneteenth programming at the Tribeca Festival in New York City.

The “Un(re)solved” immersive web experience and the installation, which will tour museums, schools and libraries, allows users to navigate through a virtual forest and invites them to say the names of people whose cases were re-examined under the Emmett Till Unsolved Civil Rights Act to learn about their lives and deaths, and how their families are still searching for justice. Tamara Shogaolu is creative director of the installation and interactive.

The “Un(re)solved” podcast, with host James Edwards telling the story of the cases and the families still searching for justice, launched on June 11, distributed by PRX. A StoryCorps conversation between Malina Edwards and her sister, Mildred Betts, whose father was lynched in 1957, aired June 4 on NPR’s “Morning Edition.” And an “Un(re)solved” film, directed by Yoruba Richen and Brad Lichtenstein, will air on the acclaimed FRONTLINE PBS series, with an “Un(re)solved” educational curriculum also in the works. “Un(re)solved” virtual and in-person events this week are part of an ongoing series.

Other local and national public media programming, on air and virtually, include: