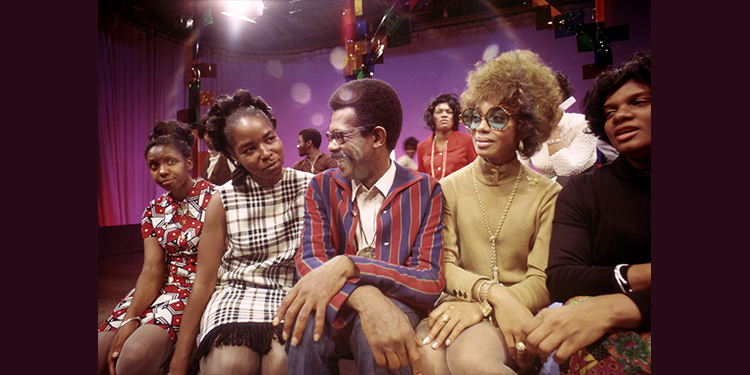 From documentary series to radio specials, podcast episodes to film premieres, this February boasts public media programming designed to inspire and represent the breadth of the Black experience and the contributions of African Americans to our nation’s history and culture.

The month’s centerpiece is “The Black Church: This Is Our Story, This Is Our Song,” a new documentary from executive producer, host and writer Professor Henry Louis Gates Jr., premiering on PBS on Tuesday, February 16, and Wednesday, February 17, with CPB support (check local listings). The intimate two-part, four-hour series features interviews with Oprah Winfrey, John Legend, Jennifer Hudson and Bishop Michael Curry, and examines the role of the Church as the site of African American organizing, resilience, autonomy, freedom and solidarity. The film deftly uses song to highlight the beliefs and actions that drew African Americans from the violent margins of society to the front lines of change. In addition to the national broadcast, public television and radio stations are also hosting local events and creating content exploring the local history and role of the Black church in their communities.

An enriching lineup of premieres and encores will air throughout the month on PBS. You can preview many of these upcoming specials and watch full-length films on their Black History Month feature page:

PBS is also spotlighting a history maker per day with their “28 Black History Makers in 28 Days” online feature, and offers a collection of videos that delve into race in the United States, to educate audiences on its historical context.

The PBS Digital Studios series “Say It Loud” returns for a second season this February. Host Evelyn Ngugi explores the complexity of the Black experience and finds joy in the many ways Black Americans have influenced American life. The show gives viewers a comedic take on everything from identity and pop culture to Black pride movements and Black Twitter. New episodes from the PBS Digital Studios music education series "Sound Field" delve into the life of Nigerian musician and activist, Fela Kuti, PBS Digital Studios also has a Black History themed playlist featuring wide-ranging topics from some of its most popular series.

On public radio, NPR and PRX are celebrating Black voices with special programming and podcast episodes this month. Highlights include:

Check your local public television and radio station listings for additional programming, including encore presentations on PBS member stations such as “The African Americans: Many Rivers to Cross,” “Black America Since MLK: And Still I Rise,” “Reconstruction: America After the Civil War,” and “John Lewis – Get in the Way.” Programs are also available online, on the PBS App, and via PBS Passport. Visit NPR.org and prx.org/shows to listen to radio specials online.

Photo: Ellis Haizlip with the J.C. White Singers on the set of SOUL! Courtesy of Alex Harsley.

Virtual tour salutes those who serve on the front lines