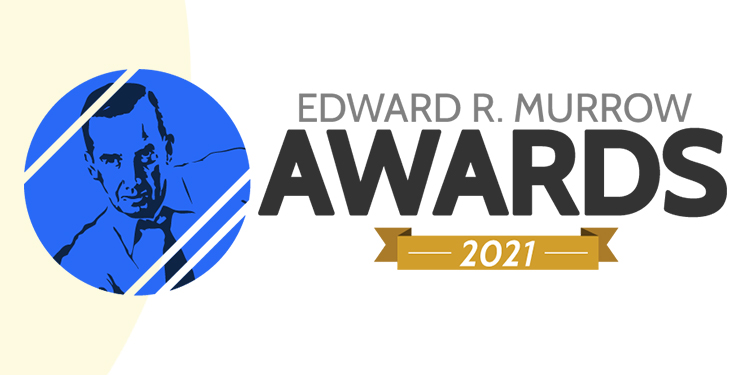 Winning public media coverage of the pandemic included FRONTLINE’s The Virus at Sea, the story of a New Yorker’s experience on a cruise ship as the coronavirus emerged around the world; WNIN’s COVID Between the Coasts project covering the pandemic in seven Midwestern states; KUNR’s partnership with Noticiero Móvil and This Is Reno to provide bilingual coverage of the pandemic in northern Nevada; WDET and Documenting Detroit’s COVID Diaries: Stories of Resilience, audio-visual diaries by commissioned artists told on WDET’s Instagram, WDET.org and on CultureShift; and Oregon Public Broadcasting’s continuing coverage of the economic impact of the pandemic on the state.

“Last year was a historic year for news by any standards, and public media rose to the challenge with innovative, exceptional work, countering misinformation with accurate facts, trusted information, and editorial integrity,” said Joy Lin, CPB vice president, journalism. “CPB is proud to support these journalists, producers and local stations. Their coverage is vital to the country and to their communities.”

NPR won a total of four national Murrows, awards, including awards for its hard news coverage of the death of Breonna Taylor, shot in her Louisville apartment by police, and a reading of the Frederick Douglass speech What to the Slave is the Fourth Of July?, by Douglass’ descendants.