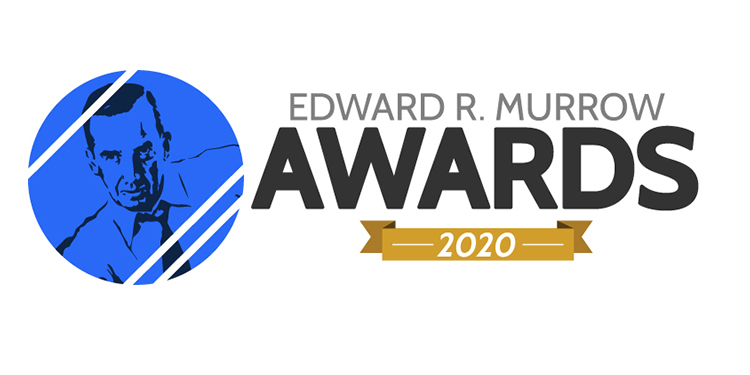 Public radio dominated the 2020 National Edward R. Murrow Awards, announced at a virtual gala recently by the Radio Television Digital News Association to recognize outstanding journalism. With stories ranging from how lead exposure in infancy is affecting the youngest students in Flint, Michigan, to a swimming lesson with 7-foot-5-inch Boston Celtic Tacko Fall, public radio claimed 42 of the 51 radio category awards. Also included was one digital award for the story of how a central Pennsylvania man ended up being in an iconic D-Day photo, from WITF’s PA Post newsroom.

“These awards affirm the quality and the importance of the work that public media journalists do every day,” said Kathy Merritt, CPB senior vice president, Radio, Journalism and Community Service Grant Services. “CPB is proud to support these local stations and producers. Their coverage is vital to their communities and to the country.”

NPR won or shared eight awards, including for stories on casualties in the raid on Abu Bakr al-Baghdadi in northwest Syria, the Remain in Mexico immigration policy and an episode of “Hidden Brain” on life-and-death and quality of life decisions. The CPB-supported California Dream journalism collaboration led by KPCC won an award for a multimedia report on Graying California, and WNIN in Evansville, Indiana, won for ¿Qué Pasa, Midwest?, a podcast developed in 2016 through the CPB-supported Project Catapult podcast accelerator.