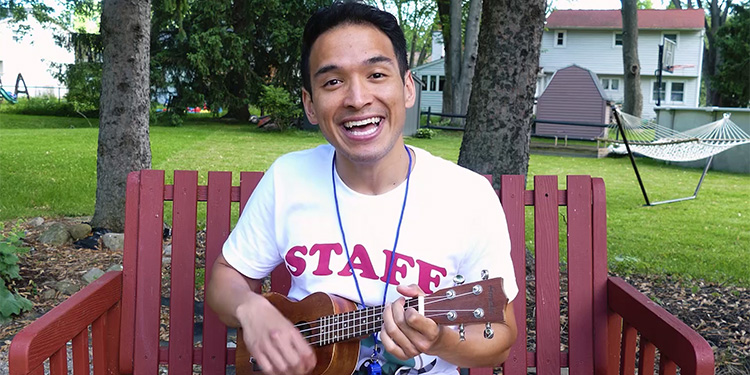 This summer, as stay-at-home orders kept children from going to camp, public television stations across the country brought camp home to them.

“Camp TV,” a weekday summer camp program produced by WNET-New York with support by the Corporation for Public Broadcasting (CPB), aired in 45 television markets, from Maine to California. Broadway actor Zachary Noah Piser served as host and head counselor, kicking off each episode with a song and a theme of the day. The hourlong program mixed story times, crafts, educational segments and mini field trips, such as a visit with sloths at the Roger Williams Zoo in Providence, Rhode Island, produced by Rhode Island PBS.

"Camp TV brought kids some of the magic, learning and fun of summer camp," said Sandra Sheppard, director and executive producer for Kids’ Media & Education at the WNET Group. "We're gratified that it was well-received by public television stations and families across the country."

Camp TV aired 20 hourlong episodes in July and August, but they are still available on demand, along with episode guides, at camptv.org.

Other public television stations teamed up with arts and educational organizations, schools, zoos, and other partners to showcase local sites and organizations through summer camp programming, helping meet learning needs specific to their communities. 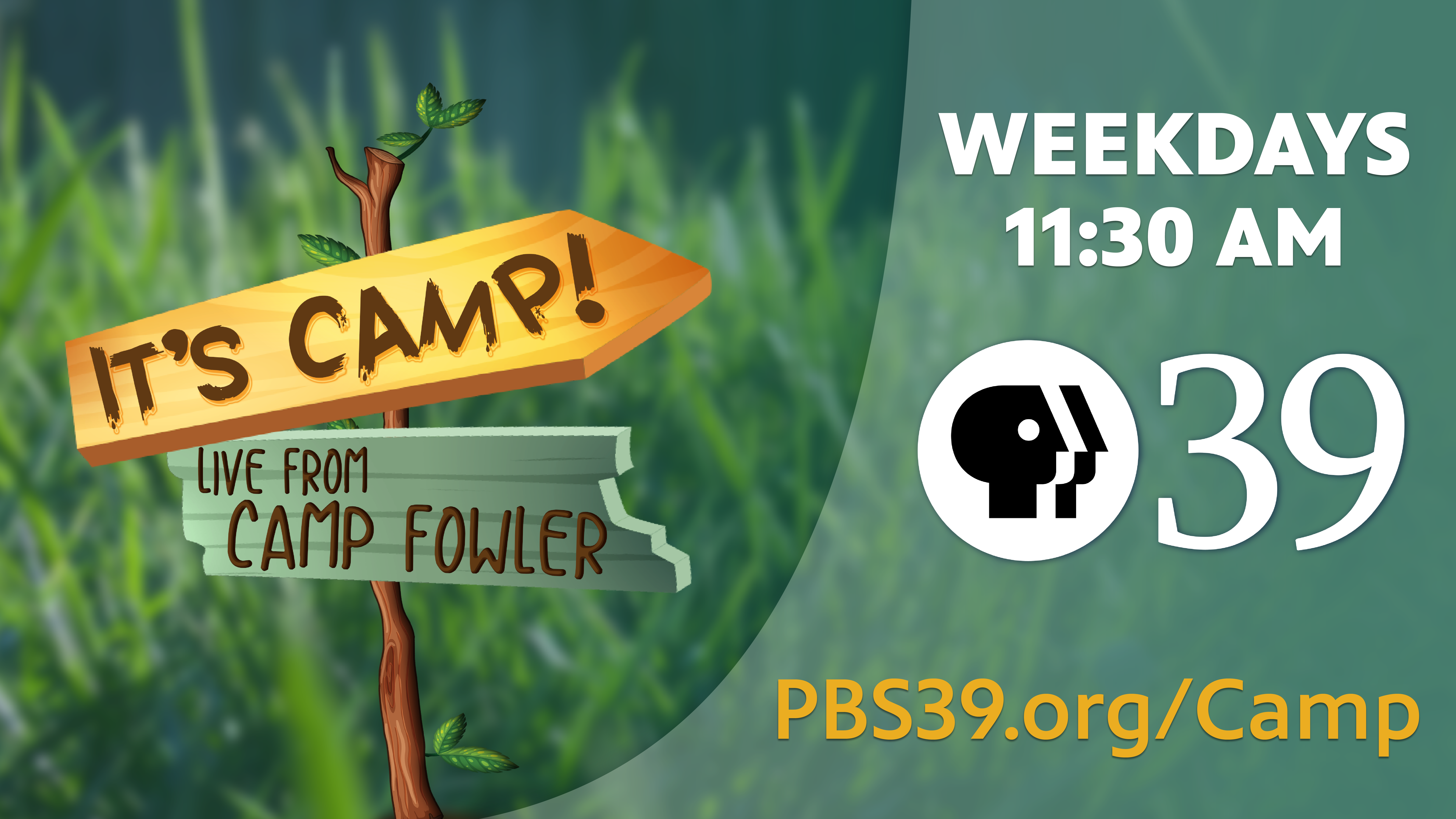 “It’s Camp! Live From Camp Fowler,” a daily half-hour program from Lehigh Valley Public Media and 10 community partners, has been airing each weekday for children ages 9-14 across northeastern Pennsylvania and western New Jersey since June 9 on PBS39.

The show, produced from Valley Youth House’s Camp Fowler and taped across the Lehigh Valley, has covered a range of topics including dinosaurs, fishing, kickboxing, yoga, cooking, gardening, orienteering and Newton’s laws of motion, with campfire sing-alongs every Friday. Lehigh Valley Public Media estimates that hundreds of kids are watching every day on television and that thousands more have accessed the camp programming online, with the weekly activity guides downloaded approximately 2,500 times. Daily episodes are streaming on demand with weekly episode guides at https://www.wlvt.org/education/its-camp/

In Las Vegas, Vegas PBS STEAM Camp explored science, technology, engineering, art and math concepts with children ages 6-8 through a summer camp program that aired for three weeks during August. Each episode asked a question — "How does PBS KIDS travel to my TV?" "How do we clean water that goes down the drain?" and "Why did we build Hoover Dam?" — and investigated the answers, guiding children through activities and challenges they could follow along with at home.

The weekly broadcast was designed to keep kids across the digital divide exploring science and the engineering design process over the summer months. Some episodes also addressed water conservation, a big issue in Las Vegas and throughout the West.

“I’m very proud to be part of this project,” said Jessica Russell, host and Ready To Learn Coordinator at Vegas PBS. “It truly makes an impact on our young viewers when they can see the lessons they learn on PBS KIDS come to life in places they recognize in our community.”

For its Summer STEM Adventure, WITF in Harrisburg, Pennsylvania, partnered with the Pennsylvania Association of Intermediate Units to develop an animal habitat-themed  DIY summer camp for K-4 students and their families. Airing throughout July and August, it featured PBS KIDS programs such as “Wild Kratts,” “Splash and Bubbles” and “Hero Elementary.” Weekly guides, in English and Spanish, included a discussion guide, a craft project or other activity, and book recommendations and online resources for additional study. In June, WITF distributed 3,000 “Grab and Go” bags, which included the needed supplies, along with 120 TV antennas for over-the-air viewing at 16 food distribution sites.

Arkansas PBS partnered with the Arkansas Arts Center to produce Blueberry’s Clubhouse. The program follows a puppet named Blueberry, Camp Counselor Carol and friends on adventures across the state, including learning about helium, hydrogen and nitrogen at the Museum of Discovery, hiking in Arkansas state parks, and learning about pioneer instruments at the Historic Arkansas Museum.

The half-hour program, with activity sheets available online, aired weekly July 24-August 14. The final episode featured an End of Summer Jamboree talent show with videos submitted by viewers. “Blueberry’s Clubhouse,” airing in repeats through September 11, has also had more than 1,100 page views at MyArkansasPBS and more than 1,600 views on YouTube. 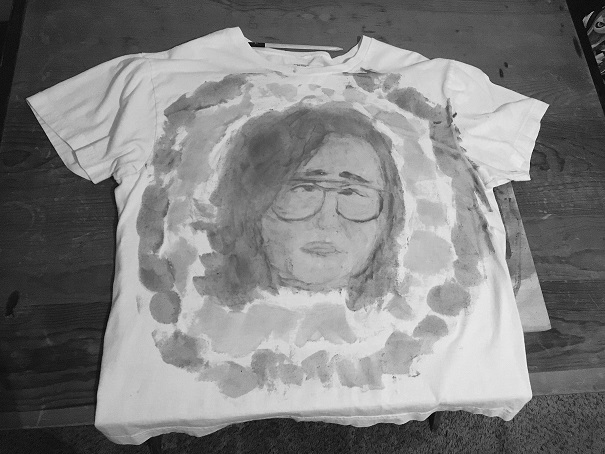 OETA Art Club students made self-portraits in ketchup and mustard on a T-shirt.

For students grades 6-12, OETA, the Oklahoma Educational Television Authority, offered OETA Art Club, a free eight-week virtual camp combining clips from OETA’s art series “Gallery America” with discussion guides and activities. Almost 300 students from all of Oklahoma’s 77 counties signed up to receive weekly activity packets by mail, including links to “Gallery America” episodes, discussion questions to be answered via video journal, and activities, such as making a self-portrait on a T-shirt using ketchup and mustard.

With support from the PNC Grow Up Great initiative, PBS Fort Wayne and Dayton’s ThinkTV offered Be My Neighbor virtual summer camps, posting on their websites and social media accounts a theme of the day, activity guides and related Daniel Tiger videos from Fred Rogers Productions.

Working with community partners, PBS Fort Wayne distributed 1,000 Summer Camp Activity Bags before launching its five-day camp. ThinkTV created locally produced videos for Be My Neighbor Camp as part of a virtual camp series that also included the locally produced Imagine Your Story Reading and Adventure Camp, with the Dayton Metro Library, and an Explore the Outdoors Nature Camp, in partnership with the producers of “Nature Cat” and Five Rivers MetroParks.

In addition, numerous PBS stations moved their family workshops and camps to virtual platforms. These workshops and camps, developed through the PBS-CPB Ready To Learn program and funded by the U.S. Department of Education, featured learning activities themed to PBS KIDS programs like “Odd Squad” and “Molly of Denali.”

“Throughout the pandemic, public media has remained focused on providing high-quality educational programing for America’s young learners,” said Deb Sanchez, CPB’s senior vice president of education. “CPB is committed to supporting local stations as they develop new programs and services to keep kids engaged in learning during the summer months, so they are better prepared to begin school in the fall.”