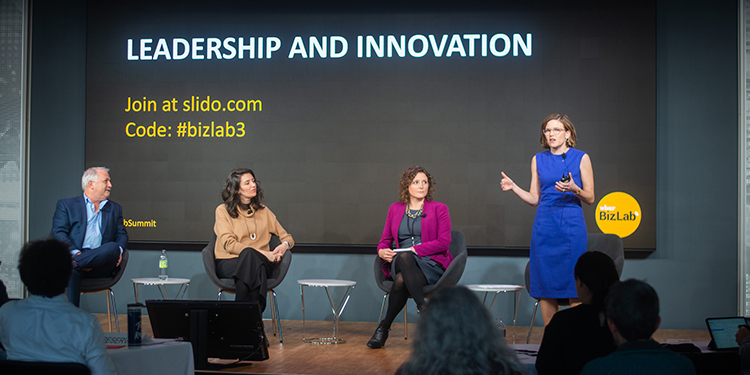 Throughout 2019, six public radio stations worked with product managers, strategists and business analysts from WBUR’s BizLab, testing ideas to build audiences and new revenue streams through an initiative funded by the Corporation for Public Broadcasting and Knight Foundation.

CPB caught up with Dr. Joan DiMicco, executive director of BizLab, to talk about BizLab’s processes and innovation in public media. 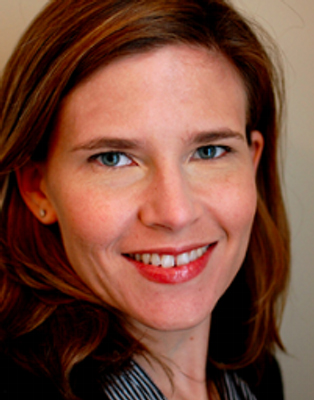 Q: The six public radio stations you worked with had different projects and challenges, but you used the same basic process with all of them. Briefly, what did you do?

A: Each station team came to us with an idea – sometimes specific, sometimes broad – for new revenue at their station. We started by guiding the team through two months of user research – a combination of talking to customers and gathering quantitative metrics. This process explored the boundaries of the idea and sought evidence for what customers might want and would pay for.

After the research phase, each station team came to Boston for a three-day intensive workshop. Through interactive exercises, we broke down everything we had learned about audiences and customers and built the concepts back up into product ideas that could generate revenue. From the ideas we generated, we identified promising ones we could quickly test. We defined digital and in-person experiments – quick ways of learning if someone will sign up or pay for the product or service. The stations spent the next four months running these experiments, aiming for one every two weeks, to collect more evidence and revenue. Each week, the BizLab team reviewed results and discussed how the results should inform what should be tested next. By continually collecting data and pivoting based on lessons learned, ideas are refined to the direction that has the most potential.

Q: Your process is heavy on data analysis. Are there types of data gathering and analysis that you find stations generally should do, but don’t?

A: Most NPR stations have access to a wealth of web analytics because they share a common framework for Google Analytics through NPR’s Digital Services. But with limited time and resources, very few stations are doing ad-hoc deep dive analyses of their digital properties to inform strategic decisions. This is not because stations don’t want to, but they have limited time to focus on analytics – available time is spent on traditional tracking of on-air ratings and incoming revenue.

BizLab stations granted our team access to their available analytics, and we looked for patterns in time of day, geography, age, and how people found content, in order to understand if our assumptions about audiences were reflected in the data.

Q: Why is it important for stations to focus on small, quick experiments instead of mounting large campaigns?

A: Public radio stations do not have the resources to make large financial investments. Any project that takes a year or more – content focused or digital or otherwise – may be too expensive unless there is testing and vetting of the concept along the way. If you aren’t doing testing, it means that you are pursuing an untested idea and making decisions along the way based on gut, not data.

Taking this approach is risky and simply isn’t necessary. You can always test something before it is completed. A project can course correct based on test results and if testing highlights major issues, you can halt a project before you’ve expended all your resources.

So I think of the question more as, “How could you not test in a risk-adverse environment?”

Q: Three of the six projects involved collaborations between the editorial and business sides of the station. How do stations do this while keeping the editorial firewall, which ensures that the reporting is independent, intact?

A: Our VPR team expressed this best: How a journalist reports a story should never be influenced by outsiders. But editorial and business teams should work together on their shared goal of audiences to finding and engaging with the news and information provided by the station.

Working across silos on a unified audience engagement strategy will benefit everyone because it will attract new audiences, increase engagement, and increase revenue. A strong collaboration between content producers, digital marketing, social media specialists, membership engagement, and underwriting will create a more impactful media organization.

Q: How does the BizLab process help change organizational culture?

A: We initially planned for two employees from each station to commit time to a BizLab project for six months. We quickly learned that revenue projects affect much more than two people – they frequently touch membership, development, underwriting, marketing, and editorial. To launch a new stream of revenue, we need organizational buy-in, and this may mean organization culture changes. So we pivoted in two ways. We asked teams to officially add at least one more person to their team and added a final project phase focused on cross-department stakeholder buy-in. Stations worked with a communication consultant, Tamsen Webster, on a “pitch” to continue a BizLab project, that had to be given to stakeholders at their station. By officially summarizing the project and outlining the revenue potential and structuring a formal request for resources, all the teams were able to continue the projects beyond the test-and-learn phase.

WBUR’s BizLab, an innovation lab founded in 2015 to test and develop new models of sustainability in public radio, conducts experiments and holds webinars all year around. For more information, go to publicradiobizlab.org.