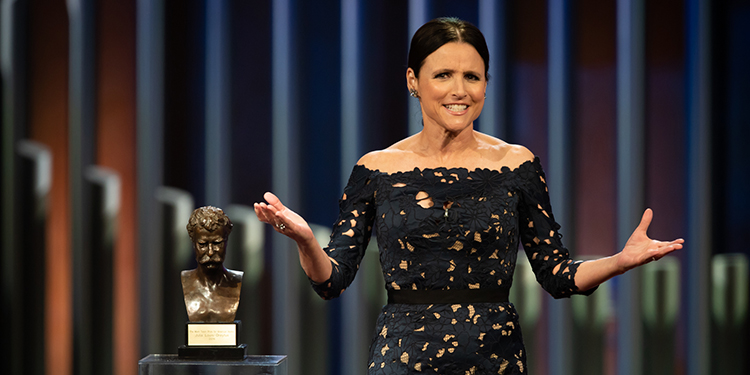 “When Mark Twain first emailed me about the Mark Twain prize, I have to admit I totally misunderstood. I thought I was being asked to honor someone else,” Louis-Dreyfus joked. “What a hassle. I have to go all the way to Washington, D.C., and make up flattering things to say about how funny someone else is.

“And then I realized. It’s me. I get the prize, and my attitude about the whole thing changed. It really did,” she said. “This is a great night, a great honor. Anybody would be lucky to be part of a night like this honoring someone like me.”

The PBS program was produced by WETA.