In emergency communications, the people who need information the most are very often the hardest to reach. From hurricanes to ice storms, catastrophic weather that knocks out power also leads to clogged cellular networks and other public telecommunications systems.  It can be a challenge for officials to keep small, rural radio stations constantly updated — but these stations may end up the only source of news for people sheltering in place with a transistor radio.

MPBN received a grant from the Corporation for Public Broadcasting in 2013 to create the system with MEMA and the Maine Association of Broadcasters. The dedicated channel, which went live in December, allows MEMA to send digital data — audio, video, documents — to officials and broadcasters statewide through MPBN’s assigned airwaves.

“This is a back channel to provide information to broadcasters immediately. It’s an open data pipe to provide more detailed information about any emergency: an oil spill, an abduction, heating centers, places where people can get food,” said Gil Maxwell, MPBN vice president and chief technology officer. 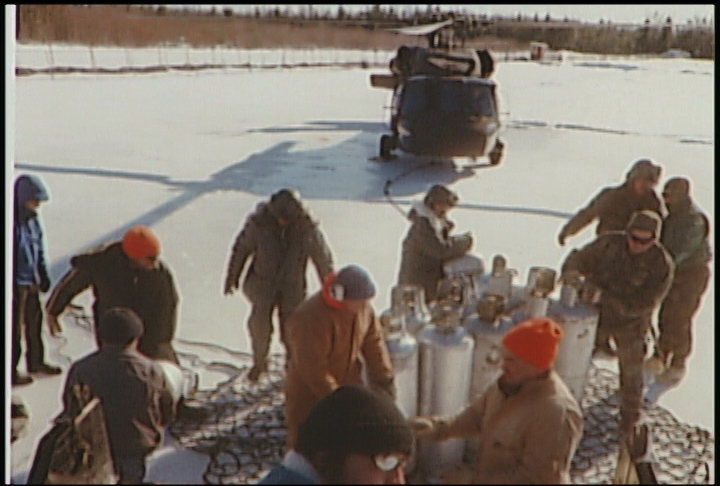 Maine has 61.3 percent of its residents living in rural areas, the highest in the country. Although annual snowfall averages 50-100 inches in most of the state, Mainers know from experience that ice storms are more likely to knock them off the grid. Many remember the Great Ice Storm of 1998, which left 700,000 of Maine’s 1.2 million residents without power, some for weeks, and caused $80 million in damage to the state’s utility system.

Unlike other state emergency systems designed to perform multiple functions, Maine’s system is purposely simple to increase the likelihood that it will work in such worst-case scenarios.

Broadcasters and officials receiving data from MEMA don’t need much equipment or any special training. The hard work is limited to just a few people, mostly MEMA staff in Augusta, who are already sending out winter heating tips and other fresh data every week to test the system. Data is sent over the air to officials and broadcasters statewide, who each have an over-the-air antenna, a $200 receiver, and software that automatically downloads the information to a computer. All the recipient has to do is double click on a folder. “It’s all about simplicity,” Maxwell said.

With five public television and seven public radio stations across the state, Bangor-based MPBN already serves as the backbone for the Emergency Alert System, which transmits brief alerts for public broadcast. MPBN is perfectly positioned to host the closed-circuit channel that will provide more detailed information as needed, Maxwell said.

“The most important resource in any emergency is good information,” said MEMA Director Bruce Fitzgerald. “Maine’s broadcasters are a critical partner in getting that information to the public.  Though we maintain many redundant communications pathways, this new system is unique in its ability to link us directly to broadcast partners as well as public officials.”