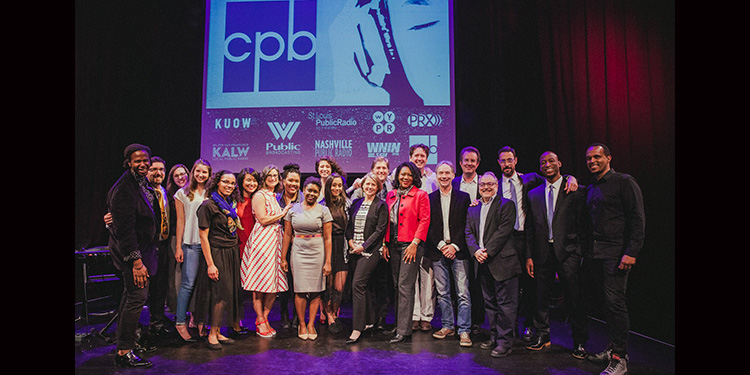 Audiences can explore Latino culture in the Midwest or hear stories of Nashville in verse through podcasts developed through an innovative podcast training program from PRX and funded by a $1 million grant from the Corporation for Public Broadcasting.

Project Catapult brought together seven public media stations across the country to work with PRX, the public media creator and distributor that runs the Radiotopia podcast network, to develop their podcasts and improve their capacity to produce digital content that is sustainable and relevant.

“Catapult drew our attention because of the built-in training focused on podcast development — the promise of skills that would ripple beyond just one podcast,” said Tony Gonzalez, reporter at WPLN, Nashville. “It proved to be a program more akin to ‘teaching a man to podcast’ instead of just giving him a single podcast.”

The five-month boot camp kicked off in January at the PRX Podcast Garage in Cambridge, Mass., and concluded earlier this month with a live showcase in Boston. The program has helped stations lay groundwork for more digital innovation and has brought a cohort of diverse voices into public media podcasting.

Three of the participating stations brought concepts to the Podcast Garage and four — St. Louis Public Radio, West Virginia Public Broadcasting, Baltimore's WYPR and San Francisco's KALW— brought nascent podcasts that they hoped to take to the next level.  The Project Catapult curriculum included not only digital content development but also audience engagement and monetization, important aspects for building sustainability and multimedia capacity.

Us & Them-WVPB
"Hillers and Creekers"

"I’ve worked on other public radio projects, but none of them focused on serving a digital first audience the way PRX is with design thinking. Today we’re using what we’ve learned to make ‘We Live Here’ a better show, but tomorrow these skills will help us discover more pathways toward meaningful connection with a diverse public," said Tim Lloyd, co-host of St. Louis Public Radio’s ‘We Live Here.’

“The ideas of creating nimble prototypes, testing them and iterating are becoming baked into our operation,” Gonzalez of WPLN said. “And I think we’ve learned a lot about the different publishing tempo in podcasting — as well as the amount of foresight needed to methodically work toward our goals.”

For more on Project Catapult, the podcasts and where and when you can subscribe, go to https://catapult.prx.org/