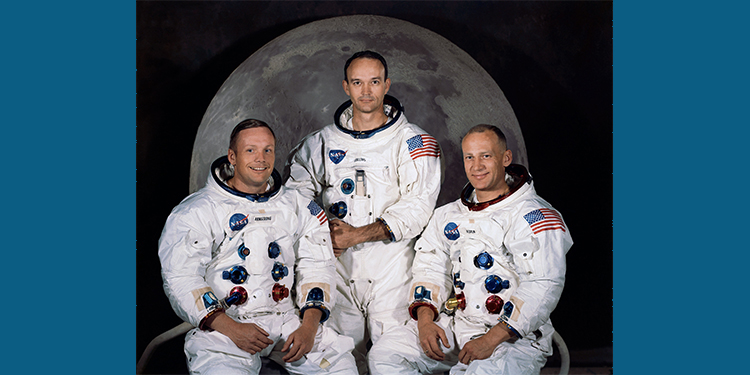 Gearing up for the CPB-funded miniseries from WGBH, “Chasing the Moon,” public media stations across the country are hosting local screenings and events to celebrate and remember the 50th anniversary of man landing on the moon and its impact on society. This special presentation of American Experience premieres July 8-10 as the centerpiece of PBS’ Summer of Space broadcast event.

A film by Robert Stone, “Chasing the Moon” reimagines the race to the moon for a new generation, upending much of the conventional mythology surrounding the effort and revealing never-before-seen archival footage. The film features a diverse cast, including astronauts Buzz Aldrin, Frank Borman and Bill Anders; Sergei Khrushchev, son of the former Soviet premier and a leading Soviet rocket engineer; Poppy Northcutt, a 25-year old “mathematics whiz” who gained worldwide attention as the first woman to serve in the all-male bastion of NASA’s Mission Control; and Ed Dwight, the Air Force pilot selected by the Kennedy administration to train as America’s first black astronaut.

“It’s a big project for us, but this was a big effort for America. It’s a completely immersive, nail-biting narrative,” said Susan Bellows, senior producer of the series. “It reveals something about who we are, and we’re learning about the story from fresh, new perspectives.”

To The Moon & Beyond Event, WUCF

CPB has provided extensive engagement support so all stations can have an event “toolkit” to partner with local organizations and host screenings and forums around the film. Other events include: WGBH (Boston, Massachusetts) in partnership with the Smithsonian Air & Space Museum in Chantilly, Virginia; Houston Public Media in partnership with the JFK Presidential Library and Museum; WETA (Washington, DC) in partnership with the Newseum; and Idaho Public Television (Boise) with the Idaho Museum of National History.

In addition, many local stations will produce local content and education resources. For example, Georgia Public Broadcasting (Atlanta) will highlight Georgia’s contributions to space exploration over the past 50 years; South Dakota Public Broadcasting (Vermillion) will produce a local documentary entitled “Space Age South Dakota;” and SCETV (Columbia, South Carolina) will collaborate with teachers to develop a curriculum about the space race.

For more information about the broadcast and related content, including digital, visit https://www.pbs.org/wgbh/americanexperience/films/chasing-moon/.