Public Media Rising Up for More Than 50 Years

With help from octogenarian Rita Moreno and 10-year-old “America’s Got Talent” finalist Angelica Hale, CPB President and CEO Pat Harrison hosted a program at the PBS Annual Meeting honoring public media’s past and imagining its future.

Speaking to nearly 1,000 public media leaders at the gathering in New Orleans, Harrison said, “Our path to a relevant future and fulfilling our American potential is connected to our commitment to creating and delivering content that truly matters, reflecting and helping to shape our culture and civil society in so many important ways.”

Harrison highlighted the value of the public media stations saying, “Through local public media, we are always connected to home, no matter where we go, because the home of public media travels with us, providing stories that inspire curiosity and lifelong learning.”

CPB Board Chair Lori Gilbert noted that the first CPB Board meeting took place 50 years ago in April and shared congratulations from United States Senator Thad Cochran, who was past chair of the Senate Appropriations Committee and a co-founder and champion of Ready To Learn. He wrote, “I am proud this program continues to help improve early childhood education, especially in underserved communities. I am grateful of the work CPB has done since 1967 and I join in celebrating this milestone in the Corporation’s history.”

Presidential historian Mark Updegrove, president of the LBJ Foundation, discussed how public media’s 50-year educational legacy endures today. Updegrove described Lyndon Johnson’s view of the importance of education, saying LBJ “saw the tremendous power that broadcast media had to change lives—and he embraced the responsibility that we had as a nation to educate and inspire.”

Although the media landscape has changed dramatically from LBJ’s three-network world, he would still see the need for public broadcasting, Updegrove observed to the assembled public media professionals. “All too often media today insulates us, divides us, pulls us apart. We benefit from the programming you create, aimed at probing who we are and what we aspire to; what binds us together; what makes us unique; and celebrating the geographic, ethnic, and cultural diversity at our heart—the heterogeneity that makes our nation greater than the sum of our parts,” said Updegrove.

Multi-award-winning actress Rita Moreno praised public media for helping America find its diverse voice. “Every day the Corporation for Public Broadcasting and PBS, with all the independently owned and operated PBS stations, provides the American public with programming and services of the highest quality, using media to educate, inspire, entertain and express a diversity of perspectives. From where I sit you remain as true to your mission today as you did over 50 years ago.”

She reflected on her childhood moving from Puerto Rico to New York City, “living a reverse Wizard of Oz,” and finding solace on her fire escape, where she went to dream. As an actress, she jumped at the chance to be part of “The Electric Company,” a great experiment using television to teach children to read, even though her friends warned her she would never work as an adult actor again.

Moreno considers the five years she spent on “The Electric Company” some of the happiest and most fulfilling of her life. “If I were an immigrant child today,” she concluded, “I’d have PBS and I probably wouldn’t even need that fire escape.” 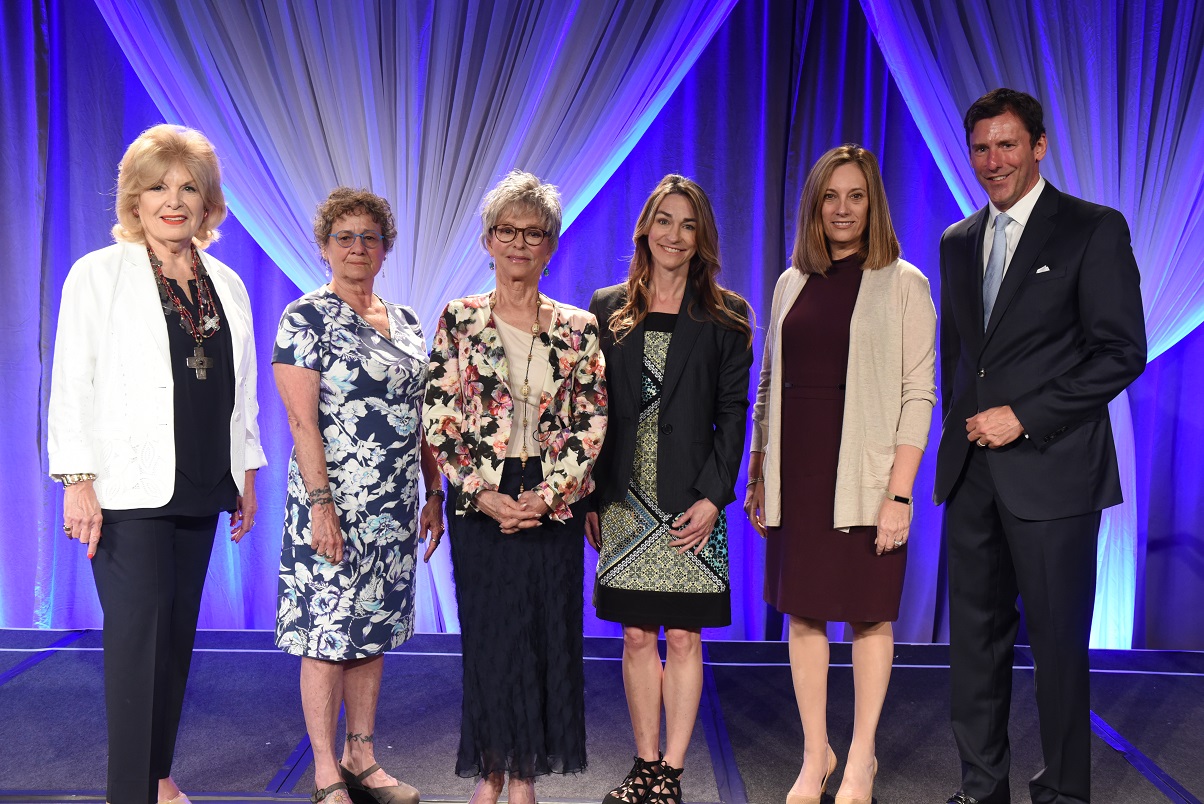 To honor award-winning producer and public media leader Jacquie Jones, who passed away in January, Harrison announced that CPB is funding the $300,000 Jacquie Jones Memorial Scholarship Fund to help cultivate diverse public media filmmakers. She presented a Jacquie Jones medal, which will be given to those receiving grants from the fund, to Grant and Ayana Clark, Jacquie’s husband and daughter.

“Jacquie’s mission was to bring masses of excluded people into the public square, as she called public media,” Grant Clark said. “We will do all we can to reflect her light in the places she beamed it into the world.”

Watch the full program below.