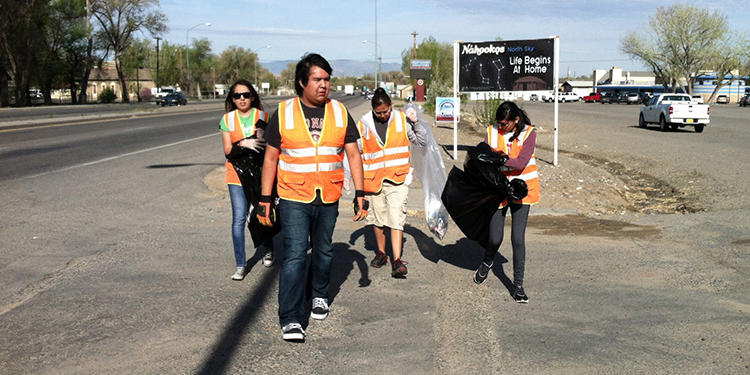 The Mayors of Shiprock/Vision Maker Media

The Mayors of Shiprock follows a group of young Navajo leaders in Shiprock, N.M., who meet weekly to decide how they will help their community while individually weighing their options both on and off the reservation (premiering on Local: USA at 8 pm Eastern/7 Central on Monday, November 6).

On a Knife Edge/Vision Maker Media

On a Knife Edge is the coming-of-age story of George Dull Knife, a Lakota teenager growing up on South Dakota’s Pine Ridge Reservation. The film traces George’s path to activism, focused on shutting down the liquor stores in Whiteclay, a tiny town nearby that exists only to sell beer to the reservation’s vulnerable population (premiering on America: ReFramed at 8 pm Eastern/7 pm Central on Tuesday, November 7).

These two premieres are among the 35 documentaries on the past, present and future for Native Americans in the country airing on WORLD Channel this month. Documentaries by and about Native Americans are also airing on local PBS stations (check local listings), with five films made with CPB funding through Vision Maker Media streaming on PBS.org through November 30: