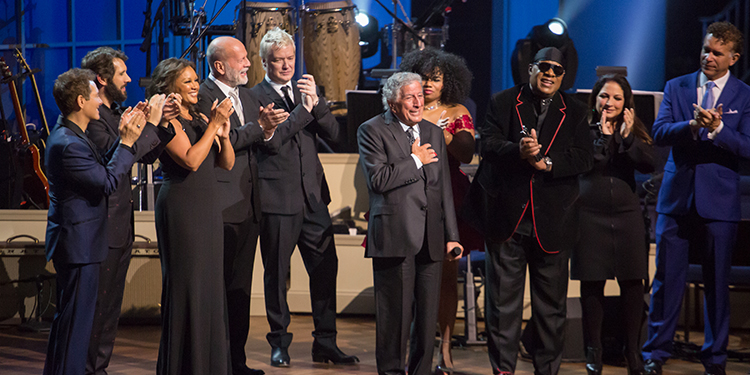 The Library of Congress awards the Gershwin Prize to honor a living musical artist’s lifetime achievement in promoting the genre of a song as a vehicle of cultural understanding, entertainment and inspiration.

“CPB is pleased to support this program, celebrating and sharing with all Americans Tony Bennett’s enduring musical legacy,” said Patricia Harrison, president and CEO of the Corporation for Public Broadcasting. “Broadcast of the Gershwin Prize is part of public media’s mission to provide high-quality content that educates, informs, engages, and inspires audiences of all generations.”

“Tony Bennett is one of the most accomplished and beloved artists of our time,” said Librarian of Congress Carla Hayden. “His staying power is a testament to the enduring appeal of the Great American Songbook the Gershwins helped write, and his ability to collaborate with new generations of music icons has been a gift to music lovers of all ages.” 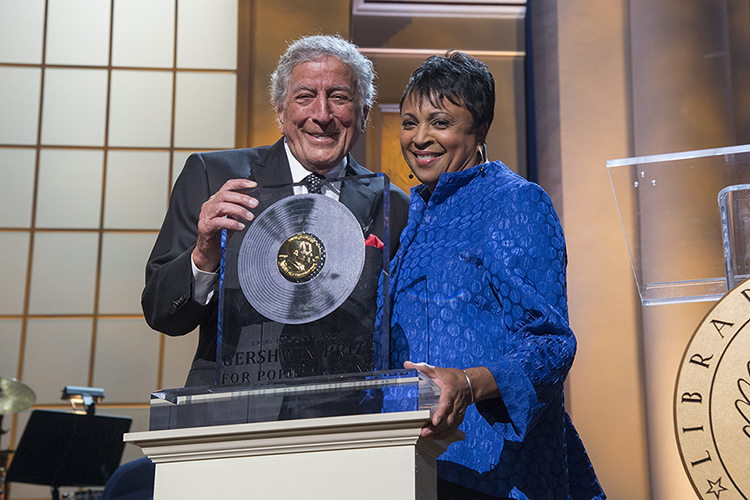 Honoree Tony Bennett with Librarian of Congress Carla Hayden as she presents him the Library of Congress Gershwin Prize for Popular Song. Credit: Cable Risdon Photography.

The program will also air via the American Forces Network to American service men and women and civilians at U.S. Department of Defense locations around the world.  The concert is co-produced by WETA, Bounce AEG and the Library of Congress with funding from the Corporation for Public Broadcasting.