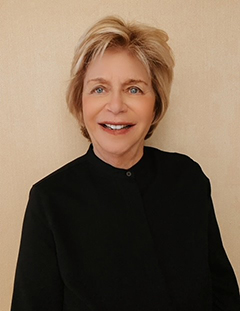 Ms. Ross is a retired attorney with a career in public service.

Ms. Ross' past professional experience includes the Corporation Counsel of the City of New York, MFY Legal Services, eight years as Chief of Staff to the Attorney General of the State of New York, and subsequently Legislative Counsel to a New York State Senator. She began government service at the Civil Rights Division of the U.S. Department of Justice, was a former Legislative Assistant to a U.S. Congressman from Flint, Michigan, and was appointed by President Obama to represent the United States at the 64th United Nations General Assembly.

She is currently a member of the Screening Panel for New York's Federal Judiciary. She was a Trustee of New York Public Media (WNET, WLIW, and NJTV); a Director of the Mayor's Fund to Advance New York City; a Trustee of WNYC Public Radio, President of NYANA, a refugee resettlement agency, a member of the Board of the Horace Mann School, a Trustee of the Citizens Budget Committee, and a Trustee for Turnaround for Children, an educational not-for-profit.

Ms. Ross resides in New York City with her husband who is a retired attorney and venture capitalist. They have two adult children.