WASHINGTON, D.C. (April 8, 2021) – The Corporation for Public Broadcasting (CPB) has awarded more than $300,000 to Native Public Media and to KTSU-FM, a public radio station licensed to a Historically Black College and University (HBCU), to coordinate COVID-19 public outreach campaigns to 51 public radio stations serving Native and Black communities. The campaigns, airing on 36 tribal stations and 15 stations licensed to HBCUs, will provide trusted, life-saving information to populations that have been disproportionately affected by the pandemic. 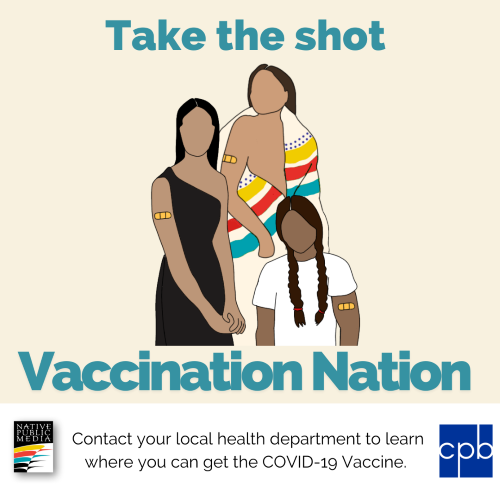 “Public media stations, locally operated and highly trusted, are well-positioned to provide critical information to communities hard hit by the pandemic. CPB is pleased to support the efforts of these 51 public radio stations to aggressively engage their Black and Native American communities with COVID-19 information,” said Pat Harrison, CPB President and CEO. “By providing accurate and reliable information about COVID-19 vaccines, as well as the continuing need to wear masks and maintain social distance, these stations will reduce the spread of disinformation and advance the public health of the communities they serve.”

As a founding partner of the COVID Collaborative, a national assembly of leaders from different sectors developing a unified platform for addressing the coronavirus pandemic, CPB supports the dissemination of vital information about vaccines and other protective measures against COVID-19. According to the Centers for Disease Control and Prevention, racial and ethnic minority groups are disproportionately represented among COVID-19 cases, and the coronavirus has been shown to be far deadlier for Black and Native Americans than other groups in the United States.

"The pandemic hit Native communities hard, and these communities depend on Native stations for news and health information and as a local forum for discussion about critical issues. As in any community, a solid network of partnerships is critical to address Native American and Alaska Native emergency needs. We are grateful to CPB for funding these information campaigns, which address resilience gaps during this time of national emergency," said Loris Taylor, Native Public Media President and CEO.

“HBCU public radio stations serve as a vital connection to African American communities,” said KTSU General Manager Ernest Walker. “KTSU is pleased to lead this effort among other HBCU stations to provide life-saving information to fight the pandemic on our campuses and in our larger communities.”

Native Public Media, which provides leadership, resources, and strategic services to public radio stations across Indian Country, will organize, coordinate and provide financial support to tribal stations to produce and broadcast public service campaigns and other relevant content, such as social media infographics. KTSU, the public radio station based at Texas Southern University, will produce multimedia content for the campaign and provide funds to the HBCU stations to produce additional content and engagement materials.

About CPB
The Corporation for Public Broadcasting, a private, nonprofit corporation created by Congress in 1967, is the steward of the federal government’s investment in public broadcasting. It helps support the operations of more than 1,500 locally managed and operated public television and radio stations nationwide. CPB is also the largest single source of funding for research, technology and program development for public radio, television and related online services. For more information, visit cpb.org, follow us on Twitter @CPBmedia, Facebook and LinkedIn and subscribe for email updates.