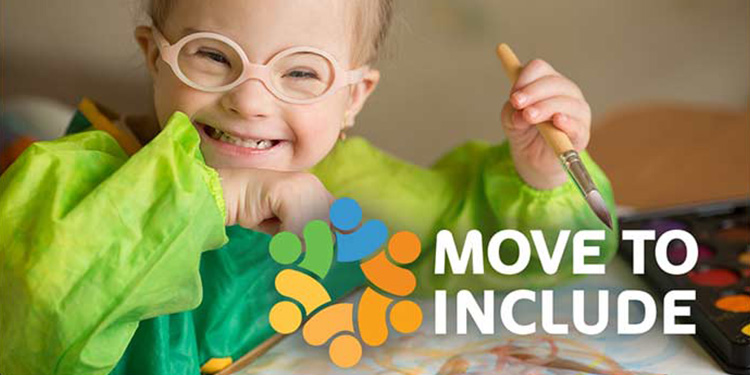 From first-person stories of living with a disability to a virtual forum on how the COVID-19 pandemic has affected their lives, public media is spotlighting the experiences of people with disabilities during July as the Americans with Disabilities Act turns 30.

Local public television stations across the country are producing original programming through Move To Include, a public media initiative that amplifies disability issues and promotes inclusion of people with intellectual and physical disabilities. Founded in 2014 by WXXI Public Media and the Golisano Foundation in Rochester, NY, Move To Include has expanded to five more public media stations across the country through a $645,000 grant from the Corporation for Public Broadcasting (CPB).

“Public media belongs to everyone and Move to Include is an important part of our mission to ensure inclusion for people with disabilities,” said Pat Harrison, CPB president and CEO. “CPB is proud to support this effort to replicate a successful community-based model through locally managed and operated public media stations.”

Move to Include stations and disability-themed programming include:

In addition to producing local content, public media stations are airing curated content by Move To Include, including episodes of “Reel South” and “POV,” and children’s programs such as “Daniel Tiger’s Neighborhood,” “Arthur” and “Peg+Cat.” Stations are creating new resources for PBS LearningMedia and hosting virtual engagement events for their local communities.

WORLD Channel, the public television multicast channel that reaches 72 percent of U.S. television households, is airing and streaming five disability-themed films this month – Vision Portraits, Enter the Faun, Deej, Intelligent Lives and Perfectly Normal for Me – in its “America ReFramed” documentary series. In addition, World Channel will broadcast Move To Include curated content on July 26, the 30th anniversary of the date that President George H.W. Bush signed the ADA into law. Check WORLDChannel.org or local listings for more details.