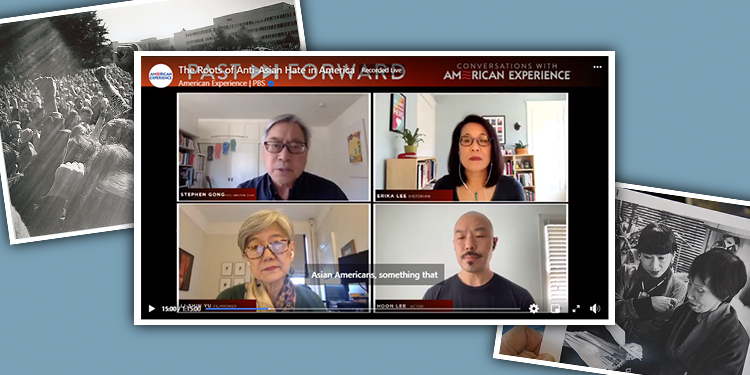 While hate crimes in America’s largest cities have declined overall during the coronavirus pandemic, hate crimes against Asian-American and Pacific Islanders have increased by 169% since the first quarter of 2020, according to the Center for the Study of Hate and Extremism at California State University, San Bernardino.

PBS, in association with CAAM, has also curated a collection of films, interviews and other media on PBS.org. Many of the programs are being rebroadcast on local stations and are streaming for free on the PBS Video app.

PBS LearningMedia offers more than 30 lesson plans based on Asian Americans, the five-hour docuseries series that premiered on PBS last year and will rebroadcast on PBS on Saturdays this May (check local listings).

Throughout Asian American and Pacific Islander Heritage Month in May, public media will broadcast and stream numerous programming highlighting the rich history and modern-day experience of Asian Americans in the U.S.

Photos above include a 1968 protest at San Francisco State University from the PBS docuseries "Asian Americans"; an American Experience Facebook Live conversation on the roots of anti-Asian hate in America, held in partnership with WORLD Channel and the Center for Asian American Media; and a photo from "Amy Tan: Unintended Memoir," courtesy of KPJR Films.