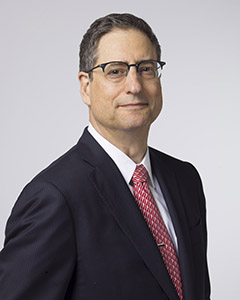 Tom Rothman was appointed to the CPB Board of Directors by President Joseph Biden and confirmed by the Senate in February 2022.

Mr. Rothman is Chairman and CEO of Sony Pictures Entertainment’s Motion Picture Group. In that role, he oversees the studio’s motion picture businesses worldwide including that of Columbia Pictures, TriStar Pictures, Screen Gems, Sony Pictures Animation, Sony Pictures Imageworks and Sony Pictures Classics. The company has offices and operations in over 40 countries across the globe.

Mr. Rothman joined Sony Pictures in 2013 as Chairman of TriStar Pictures before being promoted to Chairman, Sony Pictures Motion Picture Group in February 2015, and then to Chairman and CEO in 2021. He has led a full turnaround of the motion picture business since he assumed oversight of the film studio, achieving record profitability.

Prior to Sony Pictures, Mr. Rothman served as Chairman and CEO of Fox Filmed Entertainment (FFE) from 2000 – 2012. In this capacity he oversaw Twentieth Century Fox Film Corp., Fox Searchlight (which Rothman founded in 1994) and Twentieth Century Fox Television. During his years there, Fox released two of the highest-grossing films in cinematic history, Titanic and Avatar, and garnered over 150 Academy Award® nominations, three Best Picture Oscars, and in excess of $40 billion at the worldwide box office.

Prior to Fox, Mr. Rothman was President of Worldwide Production for the Samuel Goldwyn Company. He came to Goldwyn in 1989 from Columbia Pictures where he was Executive Vice President. Before joining Columbia, Mr. Rothman was a partner at the New York entertainment law firm Frankfurt, Kurnit, Klein and Selz. He began his work life as an English teacher and was later a law clerk on the Second Circuit Court of Appeals in New York.

Among Mr. Rothman’s many awards and distinctions are lifetime achievement recognitions from the Producers Guild of America, the IFP East, and the Academy of Science Fiction Films. He was presented with the Corwin Award for Human Relations from the American Jewish Committee.

Mr. Rothman is a longstanding member of the Academy of Motion Picture Arts and Sciences and has long been active in the non-profit arts and education areas. He is on the board of the California Institute for the Arts and is an emeritus member of the Sundance Institute and Brown University Boards and has worked as a teacher and fundraiser for Mentor L.A. Partner Schools. He is involved in numerous other civic and philanthropic activities including fundraising for the Fulfillment Fund, The Jewish Home for the Aging, the National Multiple Sclerosis Society, PXE International, and Harlem Lacrosse.

In 2015 Mr. Rothman was appointed to the National Council of the Arts, and he serves on the Board of Directors of Booking Holdings Inc., the world’s largest online travel agency.