CPB supports public media programs and services that inform, educate, and enlighten the public – for free and commercial free – and that helps to strengthen civil discourse essential to American society.

Public media stations and national organizations strive to be trusted providers of news, educational and cultural programming, serving the needs of our diverse nation and reflecting all Americans.

To achieve this mission/goal, CPB supports and encourages the development of content that addresses the needs of unserved and underserved audiences. CPB also helps America's public media organizations and stations support and encourage filmmakers and storytellers to reflect the diversity of our nation and stations' local communities through the content they develop and the voices and stories they feature.

Further, CPB is committed to a public media system that is inclusive through the ways it attracts, recruits, hires, promotes and retains diverse talent. Each public media station must annually review and certify that it has met all the requirements of the Community Service Grant (CSG) program to receive CPB funding. CPB relies on the grantees to provide accurate information on all aspects of its eligibility. Any grantee that does not meet all the requirements risks removal from the program.

CPB requires all CSG-qualified public radio and television stations to engage in practices designed to reflect the diversity of the populations they serve. Diversity includes the elements of gender, age, race, ethnicity, culture, religion, national origin, and economic status. CSG grantees must:

As part of the Community Service Grant (CSG) program, stations provide CPB with a variety of data related to the diversity of their staff and leadership. CSG data provide a snapshot of diversity at public media stations. Over the five-year period from 2016-2020:

CPB's Board reviews and approves an annual affirmative action plan for CPB's management and staff. CPB's hiring practices include an emphasis on diversity in recruiting and interviewing. CPB is currently working with the Medici Group with the goal of building on our long commitment to diversity, equity and inclusion (DEI) and advancing DEI practices throughout CPB and public media.

CPB support for independent and minority producers is one way it ensures diversity in content. Through the National Multicultural Alliance and direct grants, CPB funds the following organizations: 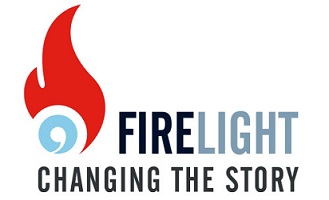 CPB has supported scores of primetime, children's and innovative projects over the years, including: