All over the world, children are growing up without the tools they need to succeed beyond the most basic levels. The result is that they have little hope for the future. As teenagers, undereducated and underemployed, they can become susceptible to disenfranchisements, including the siren song of radical extremism. So, how can we in America reach them to build a foundation of mutual understanding, mutual respect?

One answer is through a group of diplomats, not employed by the State Department but highly effective nevertheless: the Muppets. In times of good headlines and bad, Sesame Street diplomacy makes a difference worldwide, much as it was intended to do domestically. 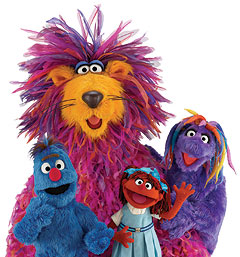 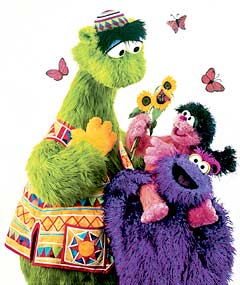 In 1968, Sesame Street was developed by a team of artists, writers, and child-development experts who later formed the Children's Television Workshop, the independent nonprofit organization originally responsible for producing this highly acclaimed show airing on National Educational Television, a predecessor of today's Public Broadcasting Service.

The program was a response to a Carnegie Corporation study revealing the potential uses of television in preschool education. Gary Knell, president and CEO of Sesame Workshop, the New York City-based nonprofit educational organization that launched the program, says Sesame Street's "mission is to create innovative, engaging content that maximizes the educational power of media to help children reach their highest potential."

Thirty-seven years after its first telecast, Sesame Street reaches about 8 million viewers each week in the United States. It has won over 100 Emmy awards -- more than any other TV show. An estimated 74 million Americans are "graduates."

What is the secret of its success? The puppets created by Jim Henson are a large part of the formula. So is the friendly cast of human characters developed to reflect diversity: Linda, introduced in the late 1970s, told stories in American Sign Language, while her assistant read them aloud; Luis, who first appeared during the 1971-72 season, is the longest-running Hispanic character on American television; African Americans Gordon and Susan appeared from the show's start. Over the years the cast has been joined by prominent visitors, including Laura Bush (who read Wubba, Wubba, Woo to Elmo and Big Bird). The first lady also appeared on the Egyptian version, Alam Simsim.

Since its initial telecast, Sesame Workshop has developed nearly 30 international co-productions, each with its own unique characters. Localized versions broadcast in more than 120 countries, a shared experience of children in Asia, Africa, Latin America, the Middle East, and Europe, have made Sesame Street the most widely viewed children's television show in the world. Each co-production engages local child-development experts who work closely with local directors, producers, and writers to translate the magic of Sesame Street in a way that captures the rich cultural flavors of each region.

According to the Sesame Workshop, Mexican children improved their cognitive skills and oral comprehension with Plaza Sesamo. Russian kids learned at a faster rate in both reading and math after watching Ulitsa Sezam, as did Turkish children through Susam Skokali. In Israel and Palestine, children who watched Rechov Sumsum and Shara'a Simsim were more likely to describe people from other cultures in a positive way. New programs are being launched this year in India and next year in Indonesia.

In India, Big Bird will be replaced by a seven-foot-tall lion. Initially Boombah will greet viewers in Hindi, but eventually he'll master other tongues. After all, India is a nation with 15 official languages and an audience of children estimated at more than 157 million. Galli Galli Sim Sim will invite Indian kids to build bridges among different geographical regions, religions, and castes, while learning the basic life skills needed to succeed in India today.

Familiar characters evolve and speak different languages and reflect different cultures, and yet Sesame Street's universal message of kindness, self-esteem, and tolerance never changes. Here in America, much-beloved Muppets including Elmo, Big Bird, and Rosita helped children cope with loss and fear following Hurricane Katrina, letting them know that although their world had turned upside down, they would be safe; they were loved, they were worthwhile. These messages are at the heart of mutual understanding, and when it is applied globally, it is diplomacy that works.