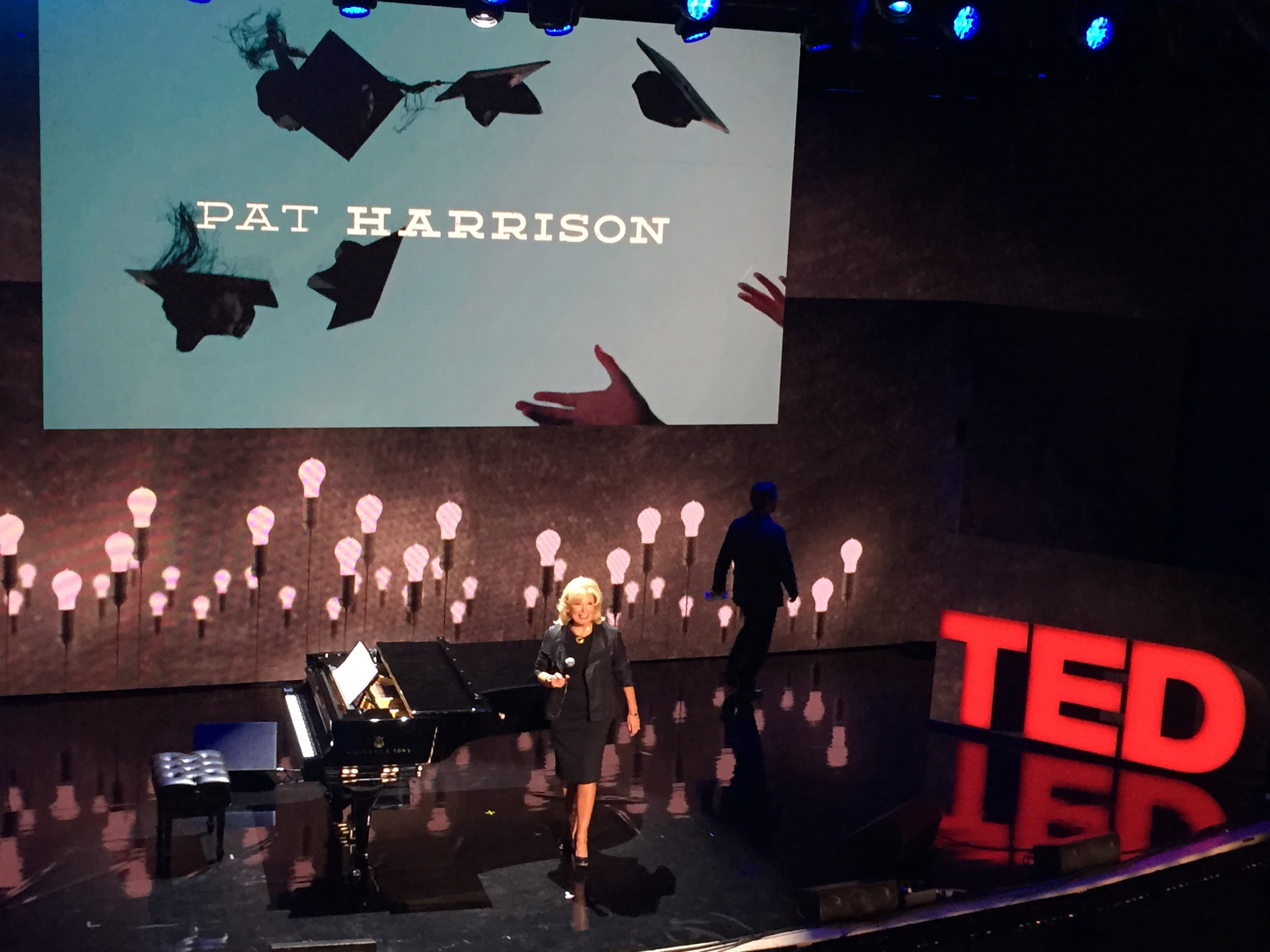 On behalf of the Corporation for Public Broadcasting (CPB) and our Board of Directors, welcome to an exciting evening and partnership between public media and TED.

I am so pleased you could join us for the first TED Talks Live on Broadway. Beyond these inspirational evenings, the TED Talks Live series will be provided to all Americans through PBS stations throughout the country.

As Chris said, public media and TED are perfect partners, as we are both focused on engaging all Americans with ideas and content that matters. I am particularly pleased with this partnership on several levels. First, it is happening right here in New York City. I grew up in Brooklyn, New York. My grandfather was an Italian immigrant who owned a barber shop and told every young man who came in for a haircut, “Don’t be stupid, stay in school.” This was at a time when immigrant kids were not going on to high school.

So the opportunity to build on our partnership, which started in 2013 with TED Talks Education —as part of our American Graduate initiative focused on keeping kids on the path to a high school diploma—was a high priority for CPB.

That first project resulted in a powerful PBS special that attracted more than 30 million views on ted.com and inspired hundreds of viewers, listeners and online audiences to become a champion in a young person’s life and their education success.

The late Rita Pierson’s inspiring talk on that program received five million views alone, and her advocacy on behalf of kids continues to make a difference.

Rita would be so proud that her words—every child deserves a champion—continue to resonate through public media’s American Graduate initiative and TED.

I also want to acknowledge a special group of people whose commitment to public media’s mission has made this week possible: the CPB Board of Directors, many of whom are here tonight, including the chair of the CPB Board Liz Sembler, and board members David Arroyo, Patti Cahill, and Jan Dates.

CPB is so pleased to be funding this innovative partnership with TED, ITVS and PBS—and I want to thank TED’s Curator for Special Projects Juliet Blake, ITVS SVP of National Partnerships Tamara Gould and PBS CEO Paula Kerger.

Over the next several days, we will be addressing some powerful themes: the education revolution, war and peace and science and wonder. And we will be bringing to the discussion the same production values and quality content you expect from public media and TED.

Today’s public media embraces and celebrates diversity of people and ideas, as well as innovation that ensures our knowledge-rich content is available on all platforms. We welcome partnerships such as the one we have with TED, encouraging dialogue and the sharing of fact-based information—informing us way beyond a superficial sound bite.

Together, we can affect positive change for our communities and our country through an informed and educated civil society. Thank you all for strengthening the civil in our society.