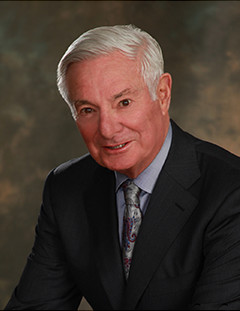 Bruce M. Ramer was reappointed to the CPB Board of Directors by President Donald Trump and confirmed by the Senate in March 2019. Mr. Ramer was previously appointed by Presidents Barack Obama and George W. Bush. He was vice chair of the CPB Board from 2016 to 2018 and in October 2018 was elected as chair, a position he also held from 2010 to 2012.

He is an attorney and partner at Gang, Tyre, Ramer, Brown and Passman, a firm specializing in entertainment and media matters.

Mr. Ramer has been active in public television since joining the board of KCET in Los Angeles in 1992. He served as chair from 2001 to 2003.

Mr. Ramer received the American Jewish Committee Community Service Award in 1987 and the Learned Hand Award in 2005. He has also received the Beverly Hills Bar Association Entertainment Lawyer of the Year Award in 1996; the Commanders Cross of the Order of Merit of the Federal Republic of Germany in 2000; the Medal of Honor of the Konrad Adenauer Foundation in 2001 and the Survivors of the Shoah Visual History Foundation Ambassador for Humanity Award in 2002; and the Ellis Island Medal of Honor in 2013.

Mr. Ramer is a graduate of Princeton University and Harvard Law School. He lives in Los Angeles with his wife, Madeline. They have four children and seven grandchildren.