Ramer, a Los Angeles attorney, is the longest-serving member of the CPB Board and its longest-serving Board Chair. He led CPB through some of its most challenging years, including the Great Recession and the global pandemic. He played a pivotal role in establishing the American Archive of Public Broadcasting, which is restoring, preserving, and archiving historic public media content for future generations. He will receive the award tonight in Washington, D.C., at a dinner attended by the board and special guests, including PBS NewsHour Managing Editor Judy Woodruff and StoryCorps Founder Dave Isay, with video tributes from filmmakers Ken Burns and Henry Louis Gates Jr., Congressman Earl Blumenauer (D-OR), and journalist Robert Costa. 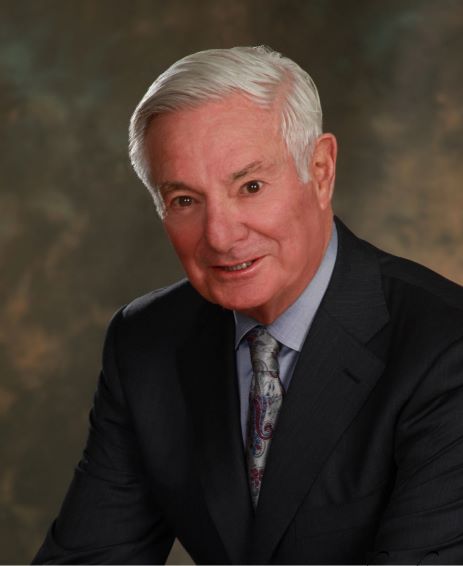 “Bruce Ramer is being honored with the CPB Lifetime Achievement award in recognition of his extraordinary leadership and guidance given to CPB over the nearly 14 years of his service,” said Patricia Harrison, CPB president and CEO. “He led CPB’s support for innovation, interconnection, infrastructure, and access to content over many platforms, and was committed to strengthening local, national, and international public media journalism and editorial integrity. And on a meaningful level, Bruce always advanced diversity and inclusion personally and professionally.”

“This award recognizes Bruce’s leadership, vision, dedication, and extraordinary service to public media, and by extension, our nation,” said Laura Gore Ross, CPB vice chair. “Bruce’s leadership has strengthened CPB and public media when we needed it most. On his watch, CPB was able to distribute $75 million in American Rescue Plan Act funding and $175 million in CARES Act stabilization funding to public media stations, many of which stepped up to provide life-saving news and information and at-home educational services. And he has provided wise counsel through thick and thin that have been felt by all.”

Ramer, a partner at Gang, Tyre, Ramer, Brown and Passman, a firm specializing in entertainment and media matters, has been active in public television since joining the board of KCET in Los Angeles in 1992. He served as chair from 2001 to 2003. He first joined the CPB Board in 2008 after being appointed by President George W. Bush and confirmed by the U.S. Senate. He was reappointed by Presidents Barack Obama and Donald Trump. He was vice chair of the CPB Board from 2016 to 2018 and served as chair from 2010-2012 and from 2018 to present.

Ramer has served on CPB’s Corporate Governance and Digital Media committees, chaired the Executive Compensation, and Audit and Finance Committees, and served as board vice chair and chair. He has been a strong advocate of the importance of editorial integrity and transparency in journalistic content and operations. Ramer was the founding chairman of the Board’s American Archive Task Force, leading the effort to restore, preserve and archive for future generations extensive amounts of public broadcasting content at risk due to the deteriorating media on which it was recorded. He remains a member of the American Archive of Public Broadcasting Executive Advisory Council.

Presented by the CPB Board of Directors, the CPB Lifetime Achievement Award recognizes outstanding contributions to public media over many years. The most recent recipients include David Pryor, former governor and U.S. senator from Arkansas and CPB Board member; David Fanning, executive producer and founder of FRONTLINE; Newton Minow, former FCC chairman and one of public broadcasting’s founding fathers; and the late Jim Lehrer, former PBS NewsHour executive editor and anchor.

About CPB
The Corporation for Public Broadcasting (CPB), a private, nonprofit corporation authorized by Congress in 1967, is the steward of the federal government’s investment in public broadcasting. It helps support the operations of more than 1,500 locally owned and operated public television and radio stations nationwide. CPB is also the largest single source of funding for research, technology, and program development for public radio, television, and related online services. For more information, visit www.cpb.org and follow us on Twitter @CPBmedia, Facebook and LinkedIn, and subscribe for email updates.