DALLAS (July 11, 2019) — The Corporation for Public Broadcasting (CPB) has awarded a $500,000 grant to Greater Public to develop a rigorous online training course to help public media leaders embrace the opportunity that lies in major giving. The new course, called the Public Media Major Giving Academy, was announced today at a CPB-hosted lunch at the annual Public Media Development and Marketing Conference.

“Major giving is a vital component of our public-private partnership with local communities,” said CPB President and CEO Pat Harrison. “CPB is committed to supporting station leadership and advancing best practices to sustain and expand the rich content and engagement services that public media stations provide the American public every day.” 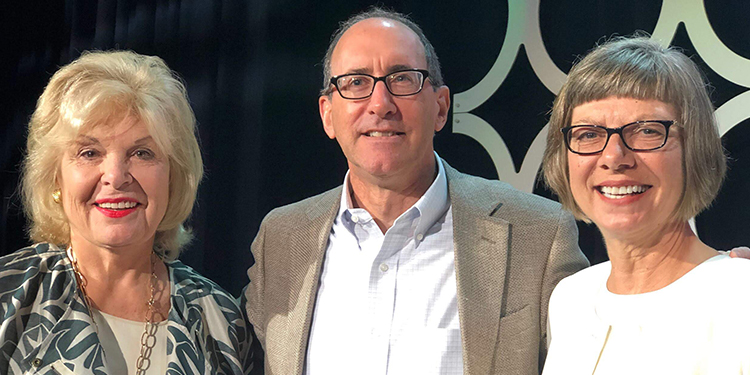 The Public Media Major Giving Academy builds on a previously announced partnership between Greater Public and major-gift consulting agency Veritus Group. That partnership, called the Transformational Major Giving Pilot, has established a cohort of pilot stations that are working to significantly increase revenue from major giving over a two-year period based on current donor-data projections. The pilot, launched in May 2019, also measures the cohort’s results and documents their experiences in order to share what’s learned to every public media organization around the country.

With CPB’s support, Greater Public and its partner, Veritus Group, will develop the Public Media Major Giving Academy, an online 13-week training curriculum for station leadership and development officers that lays the foundation for transformational success in major giving.

The training is built on the same principles Veritus Group has successfully used with nonprofits in the arts, healthcare and higher-education spaces, now applied to public media. Veritus Group has worked with hundreds of nonprofits including Feeding America, New York City Ballet, American Cancer Society and National Wildlife Foundation to analyze donor behavior, find the donors who want to have a relationship with the organization, and develop giving objectives and a plan.

“We’re tremendously grateful for CPB’s support to develop the Public Media Major Giving Academy, which will help public media adopt the proven methods and practices that have led to success for other nonprofit institutions such as symphonies, universities, museums and hospitals,” said Greater Public President and CEO Joyce MacDonald. “Truly disciplined and focused major giving programs raise more net revenue than most public media organizations have been able to achieve. This CFRE-certified training will offer public media leaders, development officers and major giving officers strategies and tools to connect their organizations with the historic levels of major giving that are happening in the United States.”

Applications will open later in the summer for a fall launch. The first two classes of 20 participants will follow eight training modules as part of the planning phase of the Academy. Based on feedback and analysis from the planning phase, Greater Public and Veritus will create a customized module to ensure an efficient and effective rollout of the program, targeted specifically to the needs of public media.

The Public Media Major Giving Academy builds on other CPB-funded projects aimed at fueling major giving efforts over the past decade, including Leadership for Philanthropy, which provided coaching for CEOs and supported the creation of a library of major giving resources, resulting in growth rates of over 10% each year for the industry overall.

About CPB
The Corporation for Public Broadcasting (CPB), a private, nonprofit corporation created by Congress in 1967, is the steward of the federal government’s investment in public broadcasting. It helps support the operations of more than 1,500 locally owned and operated public television and radio stations nationwide. CPB is also the largest single source of funding for research, technology, and program development for public radio, television, and related online services. For more information, visit www.cpb.org and follow us on Twitter @CPBmedia, Facebook, LinkedIn, and subscribe for other updates.

About Veritus Group
Veritus Group is a full-service mid and major gift consulting agency serving non-profits all over the world. We help create, build and manage major gift and mid-level giving programs by combining donor-centered strategy with solid management that is focused on accountability. For more information, visit VeritusGroup.com.