Civics for Kids: A Q&A with the Creators of ‘City Island’ 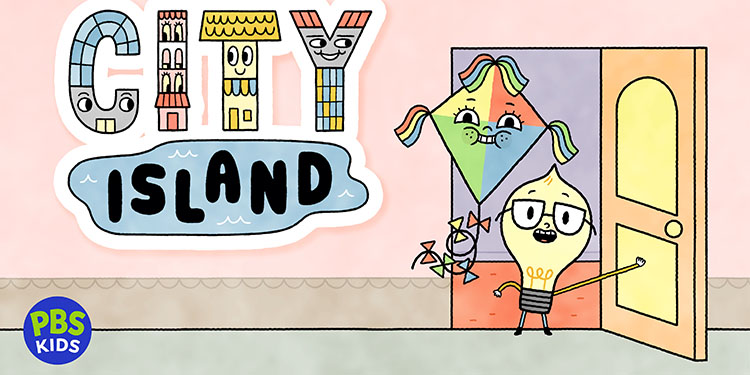 A lightbulb named Watt and a kite named Windy help bring civics to animated life in a series of short films now on PBSKIDS.org and other PBS digital platforms. "City Island," from Future Brain Media, explores the library, the airport, and other places to help elementary school children understand how cities and communities work, highlighting topics such as cooperation, conflict resolution, and problem solving.

"City Island" is a living city where the infrastructure and town objects are all members of the community and characters with their own names, voices, and personalities. Watt, described as a little lightbulb with big ideas, and his best friend, Windy, who lives in nearby Skytown, discover how to find the best solutions to simple problems as they are introduced to concepts like geography and economics.

With major funding from the Corporation for Public Broadcasting, "City Island" comes to PBS KIDS from creator and executive producer Aaron Augenblick and Executive Producers Daniel Powell and Gemma Correll, who also serves as Art Director. Augenblick is an animator, writer, director, and founder of Augenblick Studios best known for "Ugly Americans," "The Jellies," "Wonder Showzen," "Headspace Guide to Meditation," and "Losers." The style of "City Island" is based on Correll’s comics. Dr. Elizabeth Hinde joins the "City Island" team as curriculum advisor. Hinde is Dean and Professor at the Metropolitan State University of Denver’s School of Education where she specializes in social studies curriculum integration for elementary age children.

CPB caught up with Augenblick and Hinde to ask them about this digital series.

Q: In "City Island," the characters are all objects, and all the objects have distinctive characters. What point are you making about civics and community? 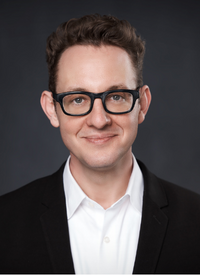 Aaron Augenblick: My goal with "City Island" is to present a world where the workings of the community are both inviting and exciting. I often say that "City Island" is your city on its best day. As both an artist and a business owner, I feel passionate about the importance of collaboration. Watt is an excited little kid who wants to meet people, see new things, and help his community. We get to see the world through his eyes and share his optimism and enthusiasm.

Liz Hinde: A major point "City Island" makes is that everyone of every age, ability, and background makes a community strong and welcoming. It takes everyone in the community to do their part in helping each other, getting work done, and just being involved to make communities great. It also makes the point that everyone can participate and contribute in some way – all voices are worthy.

Q: "City Island" is aimed at early elementary age children, who may be just learning to read and write. Why is it important to teach civics to them at this age?

AA: We're living in incredibly challenging times. It feels like it’s never been more important to educate young kids about civics and give them a positive outlook towards their community. Civics and Social Studies are not abstract concepts, they define the world we live in. Our goal with "City Island" is for our viewers to not only understand the basic workings of the government but feel like they can participate as well.

LH: Children can and do learn civics and civic engagement, even if they can’t read and write. All children come to school with founts of knowledge, especially about the communities in which they live. Through relating to the lovable characters and their adventures, "City Island" inspires kids to participate and contribute – to do good things with and for others for the betterment of the community. Plus, we know that knowledge of civics and social studies in general helps children read – reading achievement increases when children have knowledge of social studies (and science, by the way.)

Q: What do you want young children to get from these shorts?

AA: We have a lot of goals! Expressing a civics concept in an accessible way for kids is always our North Star. But it’s equally important to be entertaining! If you’re not fun, viewers will tune out, and the lesson is lost. 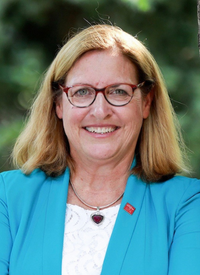 LH: One goal is for kids to learn a thing or two about how cities run – from sewer systems to museums to government and everything else. In fun and engaging ways, "City Island" will give kids the idea that there are people and activities going on behind the scenes of all the things in their communities that they take for granted. For instance: what happens to a package after you mail it? How do electricity and water make it into my house? We give them a glimpse of these answers and more. Another goal is to spark their imagination and inspire questions. If children have lots of questions after watching "City Island," and can also imagine what is going on behind the scenes around them, we’ve done something special!

Q. Why did you want to have this digital series on public media?

AA: Public media is a place that puts more importance on quality of content than passing trends. They’re interested in original ideas, and willing to take the time to foster them. Ideas need a lot of love and attention. All the development with public media has made the show better.

LH: For me, the emphasis is public media. This is media for all kids and families. It is inclusive and accessible to everyone who has access to TV or apps without any cost, which is about everyone. The quality of the shows is always excellent and kids from every background can access it. That’s important.

AA: Every story this season started with the curriculum. I had a conversation with Liz where I asked her to take me through the basic concepts of an introductory civics course. With every lesson she gave, I would pitch ideas on how we could visualize that in a funny or interesting way. Once we had the story, we dressed it up with jokes, characters, and surrealism. That was our basic formula.

Q:  Aaron, you’ve called "City Island" a love letter to all your favorite kids’ shows. What do you mean by that, and what can audiences expect?

AA: I love movies and television! Of all the movies and shows I've seen, I still feel like the most influential was "Sesame Street." Jim Henson had a magical approach to storytelling that was both entertaining and deeply intellectual. I was laughing so hard at the Muppets that I didn't realize I was learning as well. My goal with "City Island" was to be as special to the next generation of kids as "Sesame Street" was to me. Additionally, there are some incredible new shows on public television that inspire me as well. Shows like "Odd Squad," "Nature Cat," and "Elinor Wonders Why" are all great examples for what children’s programming can achieve in today’s world. I’m so proud to have "City Island" be a small part of the impressive legacy of public television.