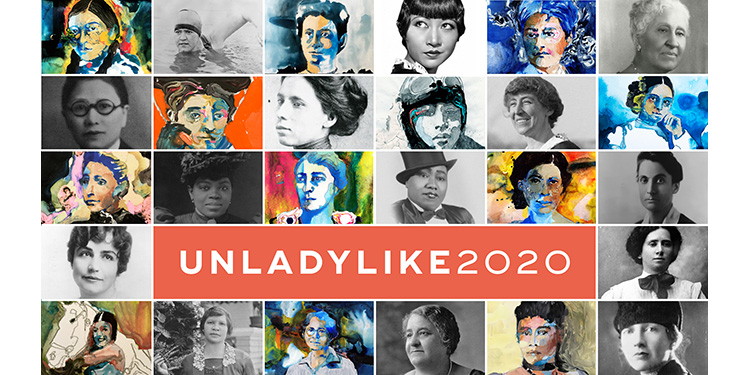 From its beginnings, the Corporation for Public Broadcasting (CPB) has supported public media content celebrating the life and stories of women making significant contributions to our society.  Through compelling storytelling and innovative community engagement activities, public media stations and producers uplift women’s voices and their important role in American life.

Women’s History Month on public media kicks off with the launch of American Masters: Unladylike2020, a series highlighting women of diverse backgrounds who broke barriers during the Progressive Era, at the turn of the 20th century and their modern-day counterparts. Funded by CPB, Unladylike2020 spotlights changemakers in 26 documentary short films premiering on Wednesdays, March 4 through August 26. The series will culminate in an hour-long American Masters special as part of PBS’ summer-long celebration of female trailblazers in honor of the 100th anniversary of women’s suffrage.

NET and History Nebraska will host a screening in Lincoln of shorts about Nebraska natives Picotte and Grace Abbott, an advocate for children’s rights and the highest ranking women in government in the 1920s, followed by a panel discussion featuring Unladylike2020 director Charlotte Mangin and humanities scholars discussing the women’s significance to Nebraska history. NET will also feature local content produced about the life of Picotte.

South Dakota Public Broadcasting (SDPB), in partnership with the South Dakota Historical Society, and the Heritage Center of the Red Cloud Indian School, will record activities at the Red Cloud Indian School on the Pine Ridge Reservation for broadcast. Events at the reservation will include screenings of Unladylike2020 shorts profiling American Indian women, and presentations by local historians and artists, including traditional Lakota cultural performances and student art projects.

VPM will work with Girls For A Change and Junior Achievement USA to host three screenings for junior high and high school students of color in Richmond. Local women who mirror some of the same careers featured in the series will share their stories through panel discussions and an interactive learning experience.

Beginning this month, PBS LearningMedia will offer the short films from the Unladylike2020 series in U.S. history curriculum materials for grades 6-12 on suffrage, civil rights, women and STEM, and workers’ rights, as well as teacher’s guides for each of the 26 women featured.

To learn more about the women featured in the series, the accompanying educational resources, screening events and impact campaign, visit pbs.org/unladylike2020 or  https://unladylike2020.com.

The Unladylike2020 digital shorts can be accessed via the American Masters YouTube channel.

In addition, WORLD Channel will present encore presentations of public media specials throughout the month from popular programs like American Masters, American Experience and Independent Lens, and a host of other specials highlighting accomplished women in diverse fields. Visit WORLD Channel for listings, streaming information, and an engagement toolkit highlighting women from American history.

Revolution of the Heart: The Dorothy Day Story – Monday, March 9

It’s All in the Game: The Leta Andrews Story – Saturday, March 14

Ahead of Time—The Extraordinary Journey of Ruth Gruber – Wednesday, March 18

Also available online through PBS are:

For Sama – this Frontline documentary tells the story of one woman’s journey through love, war and survival during the Syrian conflict from a mother’s point of view.

More Women’s History Month programming can be found on local public media stations. Check local and online listings and streaming apps. In addition, a special collection of historic content is available for free streaming through the American Archive for Public Broadcasting and the Library of Congress.