A Q&A with “Building the American Dream” Filmmaker Chelsea Hernandez 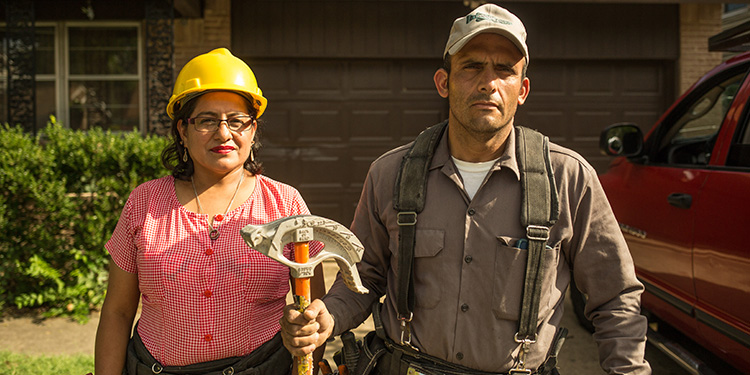 “Building the American Dream” premiered September 15 as one of two Latino Public Broadcasting VOCES specials airing on PBS during Hispanic Heritage Month. The feature documentary debut of Austin-based filmmaker Chelsea Hernandez looks at the immigrant laborers behind the “Texas Miracle,” a financial boom in the Lone Star State during the Great Recession. Hernandez worked on the film as a fellow of the CPB-supported Firelight Documentary Lab, which mentors emerging filmmakers with the goal of increasing diversity in storytelling.

CPB caught up with Hernandez to discuss the film and her work in public media: 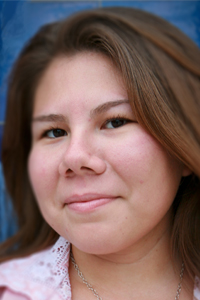 Q: How did you decide to make this documentary, and how long did it take you? Why is public media suitable for this story?

A: I grew up in Austin and had become numb to the rapid growth in the city. While attending film school at the University of Texas in 2009, a deadly construction accident happened on campus and that was a wake-up call for me. Three workers fell to their deaths when the scaffolding they were using to build a new condominium for students collapsed. I realized that the new buildings and the new homes were being built by undocumented and immigrant labor who were risking their lives on a daily basis. I knew a film needed to be made to uncover this issue to a mass audience, but it was early in my film career and I wanted to gain more experience. It was always my goal to air the final film on PBS. Luckily, straight out of college, I was hired by my documentary professor, Ellen Spiro, to work on a national PBS special she was directing. It was my first insight into how public media worked, and it was a chance for me to learn how to make, produce and deliver content to PBS, bringing me a step closer to getting “Building the American Dream” on PBS.

Q: How did your support from Latino Public Broadcasting shape the film or you as a filmmaker?

A: LPB not only supported the film financially and helped us get through post-production, but they also were strong advocates for the film. It was helpful to have that support because sometimes filmmaking can feel isolating and you begin to doubt yourself in your storytelling. LPB was very honest and supportive throughout the filmmaking process.

Q: You made the film as a fellow with the CPB-supported Firelight Documentary Lab, which supports diversity in filmmaking. How did the fellowship shape your work?

A: The Firelight fellowship was a huge steppingstone in my career path. It was a support system that expanded my network beyond the tight-knit film community of Austin. The independent documentary industry seemed out of reach before I attended the lab, but afterward, it finally hit me that I could make this film and get paid! I was able to meet some of our eventual funders and mentors through the fellowship, including Pam Aguilar, Director of Programming and Development of PBS. It was like a Film 2.0 college course, learning everything about film that college doesn't teach you. I was also surrounded by an extremely committed and encouraging community of POC directors, which I had never experienced before.

Q: “Building the American Dream” is your feature film debut, but you’ve had a varied career, including internships with Ric Burns and Richard Linklater, editing a 3D documentary, as well as working on films with KLRU and PBS. How does public media differ from commercial media?

A: There's a higher level of intensity with commercial media -- meeting deadlines, bigger crews and production, more legal ropes to walk, adhering to the exec’s decisions. I enjoy it very much, but I can also breathe a bit more when I work on public media content. There's a level of care for the filmmaker and the participants on the screen that you don't get all the time with commercial media.

A: Public media continues to reach millions of households and underrepresented communities. Their ability to reach audiences that are often overlooked or can't afford streaming platforms is why it was a major goal of mine to air on PBS. I think that's why PBS is indispensable, especially right now. Everyone should have access to strong, compelling stories.