Hitch Your Wagon to This Star

Report for America is becoming a notable force in watering U.S. news deserts. Next year, it will subsidize 300 emerging journalists in 200 local newsrooms that made the best pitches for addressing gaps in their news coverage. And it plans to begin scaling up to help field some 1,000 local reporters in coming years. 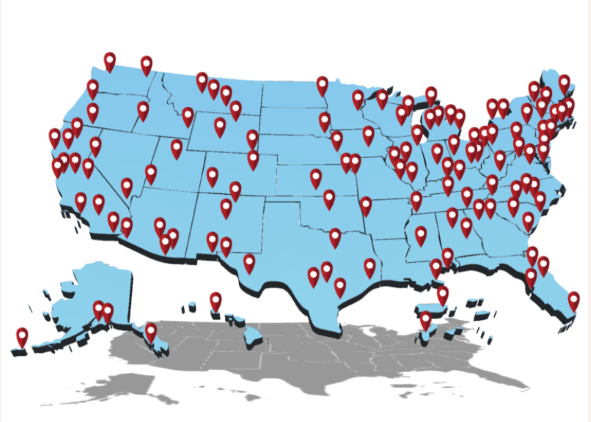 Report For America is subsidizing 300 journalists in 200 newsrooms across the country.

So where do public broadcasters fit in this program and how could they be more competitive in the selection process? It’s worth considering as many pubcasters have laid off news staff because COVID-19 sapped memberships and underwriting,

To be selected, a newsroom has to pay an increasing portion of an RFA journalist’s salary for two years, and next year they will have the option of re-upping for a third year. RFA will pay up to one-half (or up to $25,000) of a reporter’s salary the first year, one-third of the salary the second year and 20% the third year. Newsrooms and local donors must pick up the rest.

The competition is keen. This year, RFA had 37% more newsroom applicants, some 1,800, and it doubled the number of host newsrooms owned by people of color.

“We got so many great applications we could not bring forward,” said Kim Kleman, RFA’s national director. But she also said RFA loves to partner with public broadcasters. Their online and over-the-air megaphones are “such an efficient way” to fill in news deserts.

How could public broadcasters strengthen their applications?

Kleman said RFA is looking for “creative partnerships.” And it is looking for newsrooms to define compelling gaps in coverage, especially for audiences that have few other news resources.

“Those are two big drivers that we look at,” Kleman said.

While RFA will not accept government funding, it seems to me that CPB could be a fulcrum for helping pubcasters stake out a bigger role in RFA. It could incentivize creative partnerships that are the basis of an RFA application, or it could launch an initiative to help successful public media applicants meet their RFA salary obligation. Pubcasters must commit to their RFA salary match far in advance of their annual fundraising drives. In the last cycle, eight public broadcasters dropped out because of concerns about supporting their RFA journalists. That didn’t happen this year, Kleman said.

CPB has provided a grant to Mississippi Public Broadcasting to help them maintain an RFA reporter and has had discussions with RFA leadership about their shared goals of supporting local journalism.

“We appreciate and support the work of RFA,” said Kathy Merritt, CPB senior vice president, Radio, Journalism and CSG Services. “We’re happy to see so many public media newsrooms taking on RFA journalists. We continue to look for opportunities to work with RFA in building local journalism capacity.”

There is mission fit for public broadcasting in RFA’s track record of expanding local news and service journalism, and of increasing diversity in local newsrooms.

More than one-third of this year’s new beats involve covering communities of color. That “reflects a surge in demand from newsrooms to address previously neglected beats,” RFA said in announcing the new newsrooms. Furthermore, 42% of RFA’s corps members are journalists of color.

Starting next year, RFA is planning to offer a leadership component for its journalists who continue for a third year. The goal is to build skills for those who might like to become entrepreneurs, editors, or move into middle management.

Also next year it will launch a pilot program to test drive onboarding 20 mid-to late-career journalists to help support the younger members of the RFA corps because mentoring is thin in some newsrooms.

RFA says most of its newsrooms want to re-up for a third year, although some have already hired their RFA reporter after the second year. And, Kleman said, local donors are responding with added support for the RFA journalism they see in their communities.

In July, RFA announced that it is one of six finalists in 100&Change to win a single $100 million grant from the John D. and Catherine T. MacArthur Foundation “to fund a bold solution to critical social challenges.”

I hope CPB will be a bigger part of RFA's solution.