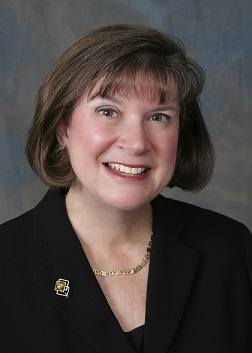 Jan Schaffer has spent half of her career in commercial journalism and half in nonprofit journalism, where she has run two of the nation’s most successful incubators for news innovations. She is a long-standing observer, speaker and writer about the rapidly changing news landscape.

She brings more than 40 years of journalism experience to her work. A Pulitzer Prize winner for The Philadelphia Inquirer, Schaffer left daily journalism to lead pioneering initiatives in civic, interactive and entrepreneurial journalism. She has taught about those efforts at CUNY’s Graduate School of Journalism and American University’s School of Communication.

In 2002 Schaffer launched J-Lab: The Institute for Interactive Journalism to help newsrooms use digital technologies to engage people in public issues. It has funded more than 100 projects including media collaborations and startups led by local news organizations, women and senior entrepreneurs. The center also engages in research and consulting. J-Lab was a spinoff of the Pew Center for Civic Journalism, a $14 million initiative Schaffer led that funded more than 120 news experiments at public broadcasting stations and commercial news organizations.

Schaffer joined The Inquirer after earning a BSJ and MSJ from the Medill School of Journalism, Northwestern University. For more than 20 years, she held a range of reporting and editing positions on the city desk, the national desk and in the business news department, where she was Business Editor.

At The Inquirer, she co-authored a series that won freedom for a man wrongly convicted of five murders and led to the civil rights convictions of six Philadelphia homicide detectives. The articles won a Pulitzer Prize Gold Medal for Public Service. Also while covering federal court, she broke the Philadelphia Abscam story about the FBI sting that used agents posing as Arab sheiks. She was sentenced to six months in jail for refusing to reveal sources; the sentence was stayed on appeal.

Schaffer currently serves on the Board of Directors of LION Publishers, which aids local independent online news publishers. As a fellow at the Tow Center for Digital Journalism, Columbia University, she co-authored a Guide to Crowdsourcing in journalism. Previously, she served for many years as a journalism advisor for the Ethics and Excellence in Journalism Foundation and SXSW’s Accelerator competition. She is a winner of the Manship Prize, awarded by Louisiana State University’s Manship School of Mass Communication, for innovative media work that has advanced citizens’ understanding of challenges in the public arena. In 2018, she completed a journalism residency at the Rockefeller Foundation’s Bellagio Center in Italy.